"Vision sometimes comes from looking through a different set of lenses," says Bull. "When we look from the patient's perspective and not our own, we are able to see where we need to go as a field."

A recognized, influential leader in her field, Bull specializes in hospice and palliative care, focusing on relieving suffering and improving quality of life for persons with serious illness, regardless of prognosis.

“Vision sometimes comes from looking through a different set of lenses,” says Bull. “When we look from the patient’s perspective and not our own, we are able to see where we need to go as a field.”

The award recognizing Bull’s visionary leadership celebrates AAHPM’s 25th anniversary. In honor of this milestone, AAHPM’s 5,000 members were asked to recognize their personal “top 10” among 111 peers for the important role played in advancing the medical specialty of hospice and palliative medicine. From that group, the Visionaries, comprised of a group of 14 women and 16 men, are physicians, nurses and hospice pioneers.

Additionally, Bull has been instrumental in the development of a “quality data assessment collection tool.” The metric, known as QDACT, collates data from thousands of patient visits to ensure quality, standardize symptom burden, advance care planning, and meet psychosocial needs.

“My vision for the future is that hospice and palliative care medicine will become a standard component of care in our country and throughout the world,” Bull says. “My hope is that it will be the norm for patients to have care dictated by their goals and preferences, not medical technology and sterile environments.”

Most recently, says Comeaux, through the Four Seasons Center of Excellence, Bull is a catalyst for the development of professional learning communities to share best clinical practices, provide exceptional education and mentoring, and help other organizations start palliative care and research departments.

“These individuals, like Janet Bull, have been critical in building and shaping our field over the past 25 years,” says Steve R. Smith, AAHPM executive director and chief executive officer. “They represent thousands of healthcare professionals in this country who provide quality medical care and support for those living daily with serious illness.”

In the future, Bull envisions continuing to develop research in community settings and building Four Seasons’ Center of Excellence. 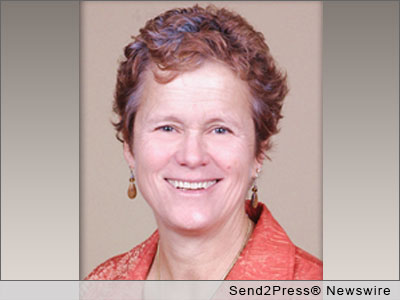 NEWS ARCHIVE NOTE: this archival news content, issued by the news source via Send2Press Newswire, was originally located in the Send2Press® 2004-2015 2.0 news platform and has been permanently converted/moved (and redirected) into our 3.0 platform. Also note the story “reads” counter (bottom of page) does not include any data prior to Oct. 30, 2016. This press release was originally published/issued: Tue, 08 Oct 2013 12:57:30 +0000

View More Awards and Honors News
"Vision sometimes comes from looking through a different set of lenses," says Bull. "When we look from the patient's perspective and not our own, we are able to see where we need to go as a field."