"TeamSnap is the market leader in youth sports team organization, and I'm excited to help them grow even further to attract new teams, clubs and leagues to their solution," Vescio said.

BOULDER, Colo., Nov. 9, 2015 (SEND2PRESS NEWSWIRE) — TeamSnap, the leading tool for organizing and communicating every aspect of team life, today announced that Jennifer Vescio, a business development and strategy executive with more than 20 years of experience leading top brands like eBay and ESPN, has joined the company’s board of directors.

Jen is a recognized leader in the consumer internet, entertainment, sports and digital media markets, with two decades of experience heading strategy and business development teams at global and early-stage companies, including ESPN, CBS, Yahoo! and most recently, eBay, where she has executed, grown and managed partnerships that drive over $400M in global GMV as their head of global strategy and business development. Passionate about the technology community, Jen also mentors early-stage startups at the R/GA LA Dodgers & Telluride Venture Accelerators.

In addition to sitting on the TeamSnap Board of Directors, she also serves as an advisor to the PGA Tour, Sight Commerce, Slideline (acquired in 2015), The Pittsburgh Technology Council and Torque, a live TV broadcast ad agency. Jen previously served as president of the UCLA Anderson Alumni Network Board of Directors.

“TeamSnap is the market leader in youth sports team organization, and I’m excited to help them grow even further to attract new teams, clubs and leagues to their solution,” Jen said. “The opportunities abound for feature enhancements and well as the chance to interact with an already amazingly engaged audience of 9 million.”

TeamSnap is an easy-to-use, indispensable tool for organizing and communicating up-to-the-second updates on every aspect of team life, including game schedules, practices, equipment and volunteers. The company closed a B-series round of $10 million in August, led by Northgate Capital, following a period of staggering growth. TeamSnap nearly doubled its customer base over the past year, now boasting 9 million users in 196 countries. TeamSnap interacts with active users an average of 40 times per month, and its native mobile apps have been a particular hit. The iOS app has a 4.7 out of 5 rating in the App Store and is consistently ranked among the App Store’s Top 10 Free Sports Apps.

“The experience Jen brings to our board, her passion for the technology community and her insight into what makes a company successful will be invaluable to TeamSnap,” said Dave DuPont, TeamSnap Co-Founder and CEO. “With our recently completed investment round, our talented team of 70 and the guidance of our board, we are excited to bring more innovative sports management solutions to the market faster, solidifying our position as the single must-have app parents and coaches turn to many times a day for every kind of sports team activity.”

About TeamSnap:
TeamSnap is dedicated to taking the hassle out of managing, coaching and participating in team sports. Founded in 2009 by a couple of social scientists, an improv comedian and an oil field engineer, TeamSnap is a Colorado company with a team of 70 people working remotely around the United States but all driven by the mission to build a great product that any parent, coach, team manager, group organizer or sentient robot can pick up and use immediately. Nine million coaches, parents, team managers and players use TeamSnap’s web and mobile apps to save their sanity and stay in the know through email, text and instant alerts. 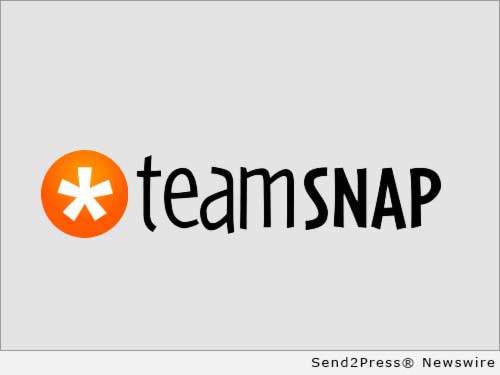 NEWS ARCHIVE NOTE: this archival news content, issued by the news source via Send2Press Newswire, was originally located in the Send2Press® 2004-2015 2.0 news platform and has been permanently converted/moved (and redirected) into our 3.0 platform. Also note the story “reads” counter (bottom of page) does not include any data prior to Oct. 30, 2016. This press release was originally published/issued: Mon, 09 Nov 2015 07:00:09 +0000

View More Advertising and Marketing News
"TeamSnap is the market leader in youth sports team organization, and I'm excited to help them grow even further to attract new teams, clubs and leagues to their solution," Vescio said.

LEGAL NOTICE AND TERMS OF USE: The content of the above press release was provided by the “news source” TeamSnap or authorized agency, who is solely responsible for its accuracy. Send2Press® is the originating wire service for this story and content is Copr. © TeamSnap with newswire version Copr. © 2015 Send2Press (a service of Neotrope). All trademarks acknowledged. Information is believed accurate, as provided by news source or authorized agency, however is not guaranteed, and you assume all risk for use of any information found herein/hereupon.