Join the Church of Scientology in Celebrating World Television Day

LOS ANGELES, Calif., Nov. 16, 2021 (SEND2PRESS NEWSWIRE) — Curious about Scientology? Set aside November 21, World Television Day, to explore the Scientology Network, learn about the world’s youngest major religion and answer the question ‘What is Scientology?’ for yourself. 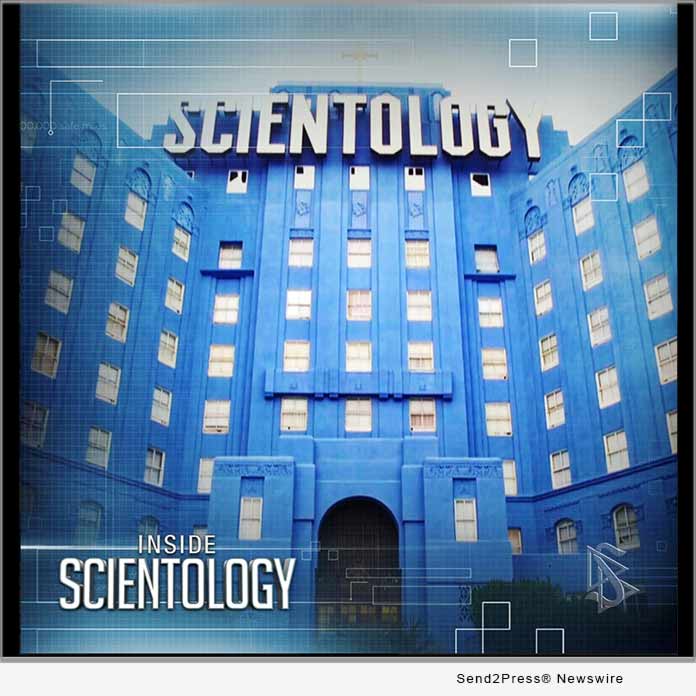 Because every six seconds, someone searches the question “What is Scientology?” the Church of Scientology International invites those curious about the religion to celebrate World Television Day by visiting the Scientology Network, where they can answer that question for themselves with authority. As
Scientology ecclesiastical leader Mr. David Miscavige said in launching the network, “We want to answer your questions, because frankly, whatever you have heard, if you haven’t heard it from us, I can assure you, we’re not what you expect.”

Airing 24/7, the Scientology Network aims to satisfy the overwhelming curiosity about the religion. The network offers exclusive innovative content that moves religious broadcasting in an entirely new direction. Like Scientology itself, that approach is fresh, different and dynamic. It does not seek to preach, convince or convert, but to simply inform.

* Inside Scientology—takes viewers behind the scenes of the religion — its international spiritual headquarters and cutting-edge publishing houses, what happens on a typical day at a Church of Scientology and the meticulous, painstaking efforts to preserve 75 million words of our Founder L. Ron Hubbard’s religious writings and recordings for future generations.

* Meet a Scientologist — provides an in-depth look into the lives of individual Scientologists, including those on the frontiers of modern art, science, sports and entertainment.

* I am a Scientologist — showcases dozens of Scientologists from every corner of the world and every imaginable occupation in each episode, giving personal accounts of how their lives have been enriched.

* Voices for Humanity — features short documentaries introducing changemakers of all faiths, cultures and nations as they extend help to their communities through Scientology-sponsored humanitarian programs.

* Destination: Scientology — brings the viewer inside new Churches of Scientology, showcasing the diversity of these Churches and the cooperation that weaves every Church of Scientology into the local community fabric.

* L. Ron Hubbard: In His Own Voice — presents the religion’s Founder to the world. Scientology remains the only major religion with the voice of its Founder intact, recorded in public lectures delivered over the course of a quarter-century. Through autobiographical vignettes in his own words and in his own voice, this series chronicles L. Ron Hubbard’s life.

* Documentary Showcase — Provides a new platform for independent filmmakers who embrace a vision of building a better world, in keeping with the humanitarian mission of Scientology that extends to some 200 nations with programs for human rights, human decency, literacy, morality, drug prevention and disaster relief.

Scientology Network also presents films on the beliefs and practices of the religion, airing the content to answer questions about the faith, philosophy and technology.

In 1996, the United Nations set aside November 21 for the annual observance of World Television Day. It did so in recognition of the increasing impact television has on decision-making and in acknowledgment of the medium as a major tool in informing, channeling and affecting public opinion.

So take this opportunity to visit the Scientology Network, which broadcasts on DIRECTV channel 320 and streams on Scientology.tv, mobile apps, and via the Roku, Amazon Fire and Apple TV platforms.

Caption: Visit the Scientology Network and find out for yourself the answer to the question “What is Scientology?”

View More Religion and Churches News
David Miscavige said in launching the network, "We want to answer your questions, because frankly, whatever you have heard, if you haven't heard it from us, I can assure you, we're not what you expect."