ASBURY PARK, N.J., Aug. 22, 2017 (SEND2PRESS NEWSWIRE) — Move For Hunger, a 501(c)(3) that mobilizes the relocation industry to reduce food waste and fight hunger, today announced that it has again been selected to receive the J.L. Simmons Non-Profit PR Grant for 2017/18. The Grant, launched in 2000 by Neotrope® helps worthy causes raise visibility to media and public for the charity’s good works. 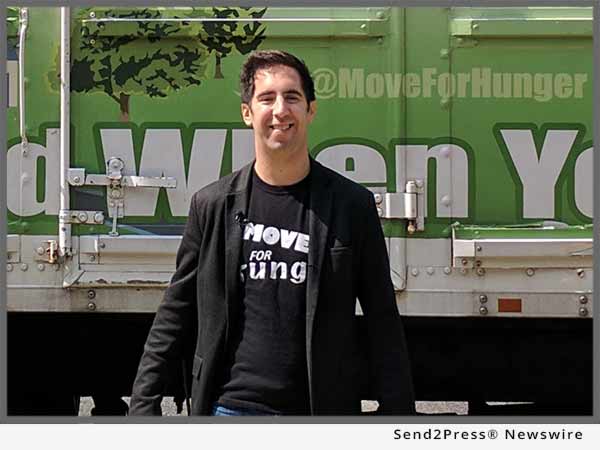 With this commitment, Neotrope again aligns itself with Move For Hunger’s ongoing innovative programs to reduce food waste and fight hunger. To date, the non-profit’s network of relocation professionals has collected and delivered nearly 9 million pounds of food – providing more than 7 million meals – to food banks and pantries across North America.

As part of this in-kind grant program, Neotrope® is providing news dissemination (through its Send2Press® Newswire service), and social media marketing for Move For Hunger for 12 months starting in 2017 and running into 2018. This program is intended to help raise awareness of the charity to traditional media, to the public, as well as potential sponsors and donors, regarding their efforts.

“Families and individuals from all walks of life in the United States and Canada are affected by food insecurity. It’s a growing problem that affects every community,” says Adam Lowy, Executive Director and Founder of Move For Hunger. “With the support of companies like Neotrope – and the 750 relocation companies in our network – we can continue to rescue food and provide meals to our neighbors in need. We appreciate Neotrope’s ongoing commitment to helping us promote these efforts.”

“We’re honored in once again providing this service grant to the folks at Move For Hunger,” said Neotrope CEO, Christopher Laird Simmons. “Over the years we have been proud and in awe of how the organization has rapidly grown and expanded programs helping the homeless through their innovative partnerships with the moving and transport industry.”

About Move For Hunger:
Move For Hunger is a non-profit organization that mobilizes the relocation industry to fight hunger and reduce food waste. In addition to collecting food from people who are moving to new homes, Move For Hunger helps companies and individuals across the United States and Canada organize successful food drives. To date, they have collected more than 8 million pounds of food.

For more information, or to find out how you can host your own food drive, visit https://www.MoveForHunger.org/. 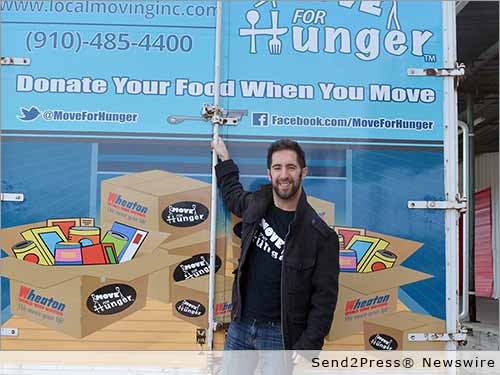 About the Non-Profit PR Grant:
The Non-Profit PR Grant™ program was originally launched in 2000 to help assist U.S. 501(c)(3) charities and their worthy causes to raise awareness, attract halo sponsors, and better connect with donors and volunteers. Other PR industry firms have since copied the name, but ours is the original.

Starting in 2013, the PR Grant was re-named after the company co-founder, the late Dr. J.L. Simmons, PhD, who passed away in 2003. Now the Neotrope PR Grants program is known as the “J.L. Simmons Non-Profit PR Grant.”

Additional information regarding the Neotrope 2017 J.L. Simmons Non-Profit PR Grant program for U.S. charitable non-profits and grant recipients can be found at: https://prgrants.com/ or on Facebook at https://www.facebook.com/NonProfitPRGrants.

About Neotrope:
Since 1983 Neotrope® has delivered services to raise organization awareness including brand identity, marketing, public relations (PR), and SEO services. Neotrope is also an entertainment publishing company involved in books, music, software, and online magazines. The company pioneered the concept of search optimization of press release content back in 1997 and has been at the forefront of many communication and technology movements for over three decades. Neotrope was an Inc. 5000 company in 2009 and is a member of GS1. More information: https://Neotrope.com.

All deliverables provided under the PR Grant for 2017/18 will be managed and delivered by Neotrope’s Send2Press® Newswire service. Learn more at: https://www.send2press.com/.

View More NonProfit and Charities News
"Families and individuals from all walks of life in the United States and Canada are affected by food insecurity. It's a growing problem that affects every community," says Adam Lowy, Executive Director and Founder of Move For Hunger.

LEGAL NOTICE AND TERMS OF USE: The content of the above press release was provided by the “news source” Move For Hunger or authorized agency, who is solely responsible for its accuracy. Send2Press® is the originating wire service for this story and content is Copr. © Move For Hunger with newswire version Copr. © 2017 Send2Press (a service of Neotrope). All trademarks acknowledged. Information is believed accurate, as provided by news source or authorized agency, however is not guaranteed, and you assume all risk for use of any information found herein/hereupon.