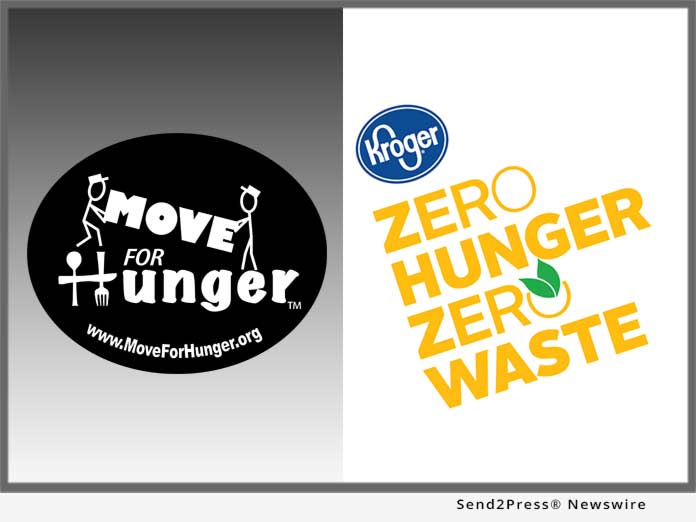 Nearly 1.5 million people in Michigan, including 1 in 6 children, are food insecure. Meanwhile, 40-percent of all the food produced in the United States each year is wasted. Each of the participating moving companies are members of Move For Hunger’s nationwide network of relocation professionals. In addition to assisting with local food drives, members of the Move For Hunger network provide their customers with the opportunity to donate unopened, non-perishable food during the moving process and delivers it to a food bank, free of charge.

“We are so excited to be partnered with Move For Hunger with our upcoming food drives to support our Zero Hunger Zero Waste initiative,” said Rachel Hurst, Corporate Affairs Manager for The Kroger Co. of Michigan. “We are committed to donating more meals each and every day in the communities we live and serve.”

The participating Kroger locations and the moving company that will be assisting with each event are as follows:

About Move For Hunger:
Move For Hunger is a non-profit organization that mobilizes the relocation industry to fight hunger and reduce food waste. In addition to collecting food from people who are moving to new homes, Move For Hunger helps companies and individuals across the United States and Canada organize successful food drives. To date, they have collected more than 10 million pounds of food. For more information, or to find out how you can host your own food drive, visit https://www.moveforhunger.org/.

View More NonProfit and Charities News
"We are so excited to be partnered with Move For Hunger with our upcoming food drives to support our Zero Hunger Zero Waste initiative," said Rachel Hurst, Corporate Affairs Manager for The Kroger Co. of Michigan.

LEGAL NOTICE AND TERMS OF USE: The content of the above press release was provided by the “news source” Move For Hunger or authorized agency, who is solely responsible for its accuracy. Send2Press® is the originating wire service for this story and content is Copr. © Move For Hunger with newswire version Copr. © 2018 Send2Press (a service of Neotrope). All trademarks acknowledged. Information is believed accurate, as provided by news source or authorized agency, however is not guaranteed, and you assume all risk for use of any information found herein/hereupon.