"It seemed so logical," Hoogstra, who died in 2012, would later say "to treat dying as a natural event, to relieve pain and suffering, and to give care and support to patients and caregivers at end of life."

RALEIGH, N.C., April 27, 2015 (SEND2PRESS NEWSWIRE) — A resolution recognizing the importance of hospice care and honoring the memory of a western North Carolina visionary and Four Seasons Compassion for Life founder Jean Moulthrop Hoogstra is slated to be read this evening from the floor of the House of Representatives today.

House Resolution 842, “Honor Hendersonville Hospice,” is sponsored by Representatives Chuck McGrady (R-District 117) and Chris Whitmire (R-District 113), in honor of Hoogstra’s role in the development of hospice care in the western part of the state.

“In 1977, she relocated to Hendersonville with her then-husband, Dick Moulthrop,” he recalls. “As her church was looking for an outreach program, she and a small group of volunteers decided to attend a workshop on hospice.”

The result of that workshop was the creation of the committee that would form the Hospice of Henderson County, Inc., in 1979. At the time, only two hospices were operating in the United States to offer physical, emotional and spiritual support to patients and their families at end of life. It was a mission for a lifetime, and Hoogstra and a committee of volunteers would carry the message across the western part of the state.

“It seemed so logical,” Hoogstra, who died in 2012, would later say “to treat dying as a natural event, to relieve pain and suffering, and to give care and support to patients and caregivers at end of life.”

The Hospice of Henderson County served its first patient in 1981. But Hoogstra’s commitment didn’t stop there. She continued to work for more than 30 years as a hospice volunteer, receiving the Judith Lund Person Award by the Carolina Center for End of Life Care in 2011.

Today, the hospice to which Hoogstra dedicated her life has served more than 10,000 patients and families. The resolution also recounts and applauds Four Seasons’ years of exemplary service during Hoogstra’s tenure, including the:
* 1999 opening of Elizabeth House, an in-patient residence
* 2003 addition of its palliative care program
* 2005 national recognition as a clinical research department
* 2009 renaming of Four Seasons Compassion for Life
* 2009 Circle of Life Award for innovative care.

Following an afternoon meeting with General Assembly Chairman of the Senate Rules Committee, Senator Tom Apodaca (R-District 48), Comeaux will be attend the resolution’s reading on the floor of the state House.

“My heart is full,” says Comeaux. “We have always been committed to a quality care experience for the citizens of western North Carolina. Inspired by our Hendersonville roots, we’ve taken what we’ve learned, and shared that knowledge throughout our region, as well as nationally and internationally. Jean set an example of vision and action we have been proud to emulate. Because of her, our staff and volunteers have touched many people’s lives.”

Four Seasons Compassion for Life – http://www.fourseasonscfl.org/ – is a 501c3 non-profit organization with a dedicated team of health care professionals, social workers, spiritual care professionals and volunteers deeply committed to its mission of “Co-Creating The Care Experience.” Nationally nown for its leadership in innovative, quality hospice and palliative care services, and serving western North Carolina, Four Seasons is a former Circle of Life award recipient by the American Medical Association. 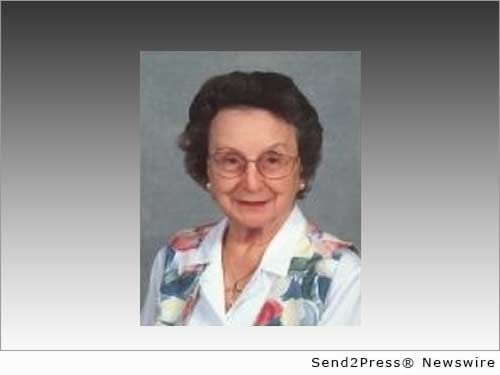 NEWS ARCHIVE NOTE: this archival news content, issued by the news source via Send2Press Newswire, was originally located in the Send2Press® 2004-2015 2.0 news platform and has been permanently converted/moved (and redirected) into our 3.0 platform. Also note the story “reads” counter (bottom of page) does not include any data prior to Oct. 30, 2016. This press release was originally published/issued: Mon, 27 Apr 2015 17:15:22 +0000

View More Ballots Bills and Laws News
"It seemed so logical," Hoogstra, who died in 2012, would later say "to treat dying as a natural event, to relieve pain and suffering, and to give care and support to patients and caregivers at end of life."