NEW YORK, N.Y., June 3, 2021 (SEND2PRESS NEWSWIRE) — PassFab has proudly announced the launch of an all-new and remarkable screen recording software called PassFab Screen Recorder. The software simply enables its users to record any screen on their computer with ease and it offers a wide range of great features and benefits. 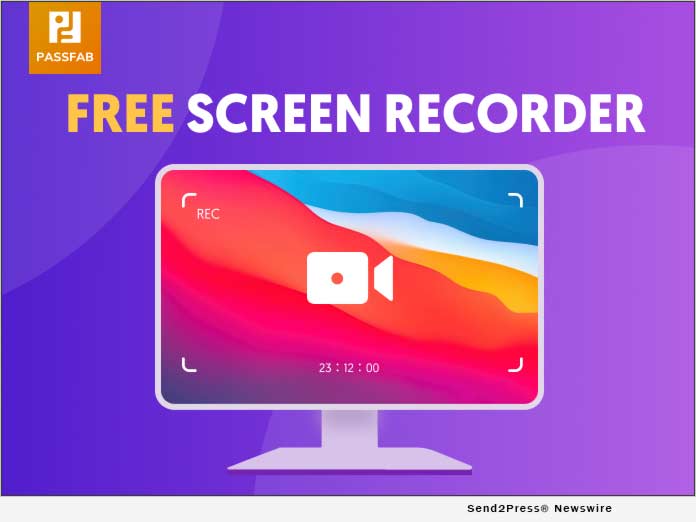 Moreover, PassFab Screen Recorder is a useful digital tool that can benefit everyone from the students recording a teaching video to the gaming community recording their online gaming session and the sports fans worldwide recording a live game.

“We are pleased to announce the launch of PassFab Screen Recorder for everyone, and we are grateful to our growing number of users for their overwhelming response to all our PassFab products and tools,” said the CEO of PassFab, while talking about the software. “PassFab Screen Recorder is being launched as the best screen recording software in the market, and we are offering a trial version on our website so that our valued users can test the software by themselves for free,” he added.

PassFab Screen Recorder can record your webcam and your computer screen simultaneously. With this function, the reaction of making game commentary and entertainment videos becomes easier. This tool compatible with all webcam, microphone and speaker devices. 16 Picture in Picture position options for users that they can customize the PIP size and set webcam and screen positions easily.

Users can choose the Record Screen mode with one-click start to record the screen. It is extremely easy to use. Meanwhile it also can edit and modify the recorded video.

Users use PassFab Screen Recorder to capture amazing product demos that they can share with followers and friends. Record their live and share the link so others can watch it!

Users can enjoy all functions for free but the video is watermarked. While they can also regist it for their computers with a monthly subscription at the affordable prices of $14.99, respectively. The registered version has all the features of this software and does not have a video watermark.

LEGAL NOTICE AND TERMS OF USE: The content of the above press release was provided by the “news source” PassFab or authorized agency, who is solely responsible for its accuracy. Send2Press® is the originating wire service for this story and content is Copr. © PassFab with newswire version Copr. © 2021 Send2Press (a service of Neotrope). All trademarks acknowledged. Information is believed accurate, as provided by news source or authorized agency, however is not guaranteed, and you assume all risk for use of any information found herein/hereupon.