"TeamSnap has proven its ability to dominate the youth sports management and communication market while scaling quickly to accommodate the platform's massive growth. I'm excited to help the group grow even further to attract new teams, clubs and leagues," Benner said.

Benner has decades of experience leading the financial and operational arms of respected companies, including TapInfluence, The Beryl Companies and McKesson Health Solutions. His achievements include significantly increasing shareholder value by boosting operating margins by five times while also enhancing corporate culture, employee benefits and satisfaction; and securing more than $50 million in funding for venture-backed companies. He has participated in more than 15 merger and acquisition transactions of both public and private companies, with valuations exceeding $1 billion.

Most recently, he served as CFO and board member of NexGen Storage, managing all aspects of the company’s successful 2013 sale to Fusion-io, Inc. and delivering a 10-time return on invested capital. After the company’s 2015 spin-out from SanDisk, he guided NexGen’s merger with Austin-based Pivot3.

“TeamSnap has proven its ability to dominate the youth sports management and communication market while scaling quickly to accommodate the platform’s massive growth. I’m excited to help the group grow even further to attract new teams, clubs and leagues,” Benner said. “With an already amazingly engaged audience of 10 million, the opportunities for feature enhancements, partnerships and continued innovation abound.”

Coaches, administrators, players and parents use TeamSnap to make organizing sports as simple as click, tap and go. The company closed a B-series round of $10 million in August 2015, led by Northgate Capital, following a period of staggering growth. TeamSnap nearly doubled its customer base over the past 18 months, now boasting 10 million users in 196 countries. TeamSnap interacts with active users an average of 40 times per month, and its native mobile apps have been a particular hit. The iOS app has a 4.7 out of 5 rating in the App Store and is consistently ranked among the App Store’s Top 10 Free Sports Apps.

“The experience Pat brings to our leadership team, his passion for helping families and his financial insight into what makes a company successful will be invaluable to TeamSnap,” said TeamSnap CEO Dave DuPont. “I look forward to working with him and the rest of our experienced leadership team to execute the financial strategy that helps solidify TeamSnap’s position as the dominant sports management and communication platform.”

About TeamSnap:
Founded in 2009 and headquartered in Boulder, Colo., TeamSnap has taken the organization of youth, recreational and competitive sports into the 21st century. Ten million coaches, administrators, players and parents use TeamSnap’s web and smartphone apps to sign up, schedule, communicate and coordinate everything for the team, the club and the season. TeamSnap makes organizing sports as simple as click, tap and go. 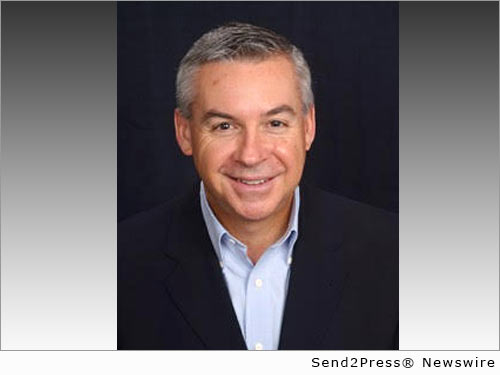 NEWS ARCHIVE NOTE: this archival news content, issued by the news source via Send2Press Newswire, was originally located in the Send2Press® 2004-2015 2.0 news platform and has been permanently converted/moved (and redirected) into our 3.0 platform. Also note the story “reads” counter (bottom of page) does not include any data prior to Oct. 30, 2016. This press release was originally published/issued: Mon, 21 Mar 2016 08:00:42 +0000