"As a civil trial lawyer who represents plaintiffs against powerful corporate interests, the importance of maintaining the highest standards and supporting a strong legal system are always foremost on my mind," says Walsh.

BRADENTON, Fla., June 23, 2015 (SEND2PRESS NEWSWIRE) — Bernard Walsh, of Shapiro Goldman Babboni & Walsh, was selected as a member of Florida Legal Elite 2015 by Florida Trend magazine. Attorneys who are included in this group were chosen by a lengthy and exhaustive process that begins with peer selection.

Attorneys from law firms throughout the state were asked to name three lawyers that they would both recommend to others and hold in high professional and ethical regard. Ballots were processed by an independent third-party. Candidates were scored by Florida Trend on the number of votes they received and how many votes were outside their own law firm.

The attorneys that received the highest numbers of votes were then further scrutinized by a panel of previous legal elite winners, as well as a review of professional history and Florida Bar membership.

Attorneys who were included in the 2015 Florida Legal Elite represent just 2 percent of all active practicing attorneys in Florida.

Florida Trend is a periodical that focuses on important issues, influential people, innovative ideas and businesses throughout the state.

Attorney Bernard Walsh shared this comment about being included as a member of Florida Trend’s 2015 Legal Elite, “As a civil trial lawyer who represents plaintiffs against powerful corporate interests, the importance of maintaining the highest standards and supporting a strong legal system are always foremost on my mind. It is truly an honor to be included in this group of elite and dedicated attorneys. By vetting and highlighting attorneys each year, Florida Trend provides a valuable tool that clients can use to make what may be one of their most important decisions – choosing their attorney.”

A managing partner at the Personal Injury and Civil Trial Law firm of Shapiro, Goldman, Babboni and Walsh, Bernard Walsh has helped hundreds of Floridians get fair compensation for injuries. Additionally, Bernard Walsh has won one of Florida’s largest motorcycle accident recoveries and has an AV Preeminent(R) rating on AVVO, a doctors and attorneys ratings website. 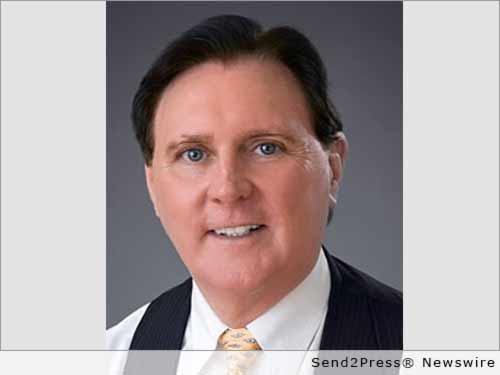 NEWS ARCHIVE NOTE: this archival news content, issued by the news source via Send2Press Newswire, was originally located in the Send2Press® 2004-2015 2.0 news platform and has been permanently converted/moved (and redirected) into our 3.0 platform. Also note the story “reads” counter (bottom of page) does not include any data prior to Oct. 30, 2016. This press release was originally published/issued: Tue, 23 Jun 2015 16:26:51 +0000

View More Awards and Honors News
"As a civil trial lawyer who represents plaintiffs against powerful corporate interests, the importance of maintaining the highest standards and supporting a strong legal system are always foremost on my mind," says Walsh.