The exhibit will open September 1 and run through September 29, 2017.

POMPANO BEACH, Fla., Aug. 28, 2017 (SEND2PRESS NEWSWIRE) — Bailey Contemporary Arts (www.baileyarts.org) in Pompano Beach is proud to collaborate with Ad Visual Arts Academy in Tehran, Iran for a global exhibit of ceramic and mixed media works that explores the idea of “Borders” versus “Frontiers.” The first “Frontier” exhibition was held in Khaneh-Honarmandan, Tehran, one of the most prestigious art centers in Iran. In addition to the Iran-based exhibit, four international curators were called to collaborate and invite artists in their country to hold exhibitions. 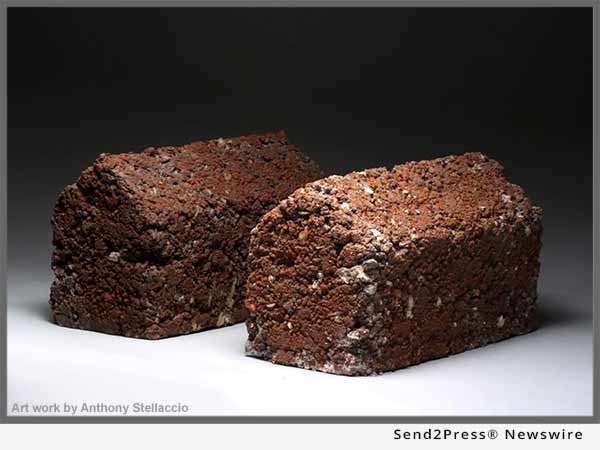 Sarah Benichou of Bailey Arts was selected and has organized a prestigious array of artists to present. The exhibit will open September 1 and run through September 29, 2017.

“We are so honored that BaCA was chosen to be included in this outstanding global exhibit,” said Benichou. “I was asked by the Academy to put together an exhibit that shows how artists understand and grapple with the notion of ‘limitations,’ be it physical or geographic borders, or material and medium.

“Focusing on the characteristics of ceramics, the show looks to address the concerns of the contemporary world, and how we are being limited, and at the same time challenged, to defy those limitations. The notion of borders is constraining, but in the United States the implication of ‘Frontier’ is inspiring.”

Since the field of ceramics oscillates between art and craft with influences on painting and sculpture without a specific division between applied and visual arts, the Academy had decided that after its first ceramics-based exhibition “Breakable,” the theme for this year’s exhibition will be how artists can use ceramics.

Other countries participating in this global initiative include Japan, Turkey and France.

The Ad Visual Arts Academy, established in 2014, offers a wide variety of art classes such as theory of art, painting and ceramics in which the latter has been their area of expertise. The Academy has put this project out to galleries worldwide, in the hopes of connecting and uniting cultures through a theme that can be interpreted in many different ways.

View More Fine Art and Artists News
"We are so honored that BaCA was chosen to be included in this outstanding global exhibit," said Sarah Benichou of Bailey Arts.

LEGAL NOTICE AND TERMS OF USE: The content of the above press release was provided by the “news source” Bailey Contemporary Arts or authorized agency, who is solely responsible for its accuracy. Send2Press® is the originating wire service for this story and content is Copr. © Bailey Contemporary Arts with newswire version Copr. © 2017 Send2Press (a service of Neotrope). All trademarks acknowledged. Information is believed accurate, as provided by news source or authorized agency, however is not guaranteed, and you assume all risk for use of any information found herein/hereupon.