Ron Fisher, M.D., Honored for Commitment to the Growth of Hospice and Palliative Care in Western North Carolina

"Throughout his long career, Dr. Fisher has elevated the standard of care for persons with serious illnesses and at end of life through his work and focus in palliative care," says Steve Mills, director of Four Seasons, Highlands.

An informal, drop in reception will be Tuesday, Jan. 14, 2014, 4:30-7 p.m., at Mountain Trace Nursing Center. An award presentation is slated for 5:30 p.m. in appreciation of Fisher’s commitment to quality hospice and palliative care.

Individuals who would like to recognize Fisher’s contributions are asked to make a donation in his honor to the Hospice House Foundation, Franklin.

“Throughout his long career, Dr. Fisher has elevated the standard of care for persons with serious illnesses and at end of life through his work and focus in palliative care,” says Steve Mills, director of Four Seasons, Highlands.

“He has brought a tremendous passion and compassion to the care of individuals who are dealing with difficult, chronic illnesses,” he says.

Fresh out of medical school at the University of Florida, Fisher arrived in Sylva in 1980 to begin his residency at Mountain Area Health Education Center, commonly known as MAHEC. There, he was inspired by then-medical director “Dick” Walton, M.D. to treat the whole patient, not the symptoms.

“Dr. Walton taught me respect for the total care of the patient, rather than focusing on one specific point, and that perspective followed me all through my career, first and foremost,” Fisher says.

For about 20 years, he remained in family practice, gradually evolving into geriatric and elder care. By 1989, he increasingly focused on patients who needed long term care. Impressed by the work of Dame Cicely Sanders, known as the “mother of hospice care,” Fisher became certified in palliative care as soon as soon as the option became available.

“The work is rewarding: low tech, without a lot of chemistry or instrumentation. It’s very personal one-on-one care,” he says.

Over the years, his commitment to his patients’ care never waned.

“Particularly, I found a place, a kind of calling for end of life care,” he recalls. “I began focusing more and more of my attention toward hospice care, which was then a sub-specialty of palliative care.”

“I really learned and received more from my patients than I ever gave,” Fisher says. “I found I was providing a true service in relieving the patient from suffering, that was very rewarding to me as well as the patient.”

In the field of hospice and palliative care, it’s widely agreed that Dr. Fisher’s early and extensive contributions will have long-lasting impact in WNC.

“Dr. Fisher leaves a lasting legacy because of his commitment to his patients and the care he has provided,” says Mills.

In terms of a legacy for the future, Fisher looks toward the continuation, growth and expansion of palliative care in WNC.

“There’s room for a lot more growth, we’ve barely scratched the surface of the needs for care. If I leave a legacy, it’s my hope to see palliative and hospice care grow,” he says. “If I get a little credit for that, I’ll take it.”

At 62, Fisher is retiring after facing his own health challenges in the previous year.

“I actually kind-of looked at life from a different perspective as a patient with a serious illness,” he says, citing less energy to put into his practice, and increased fatigue.

The recovery has been long, and he’s still not back to normal.

“Life is short, and I chose to refocus my priorities a little bit, spend more time with family and grandchildren.”

All in all, he’s enjoyed 34 years of professional practice, including his former role as medical director at Skyland Care Center. He feels he’s done well, but that it’s time to “let younger, healthier people take the bull by the horns.”

In the future, Fisher plans to fulfill community roles, practicing in Sylva’s free Good Samaritan Clinic, and remaining in his part-time position as medical director for the Jackson County Department of Public Health.

To date, Fisher also remains active on the board of directors for the Hospice House Foundation of WNC, Franklin. Currently, he is committed to a capital campaign to match a $1 million grant from North Carolina State Employees’ Credit Union by fall 2014. Individuals who would like to recognize Fisher’s contributions to palliative care are asked donate in his name to the Hospice House Foundation, Franklin. 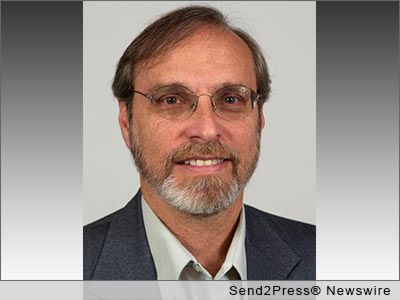 NEWS ARCHIVE NOTE: this archival news content, issued by the news source via Send2Press Newswire, was originally located in the Send2Press® 2004-2015 2.0 news platform and has been permanently converted/moved (and redirected) into our 3.0 platform. Also note the story “reads” counter (bottom of page) does not include any data prior to Oct. 30, 2016. This press release was originally published/issued: Thu, 19 Dec 2013 17:02:43 +0000

View More Awards and Honors News
"Throughout his long career, Dr. Fisher has elevated the standard of care for persons with serious illnesses and at end of life through his work and focus in palliative care," says Steve Mills, director of Four Seasons, Highlands.