David Goldman had this comment about supporting The Westcoast Center for Human Development: "While the Sarasota area has grown by leaps and bounds in the past decade, not everyone has benefited from that growth."

SARASOTA, Fla., March 24, 2016 (SEND2PRESS NEWSWIRE) — The Westcoast Center for Human Development celebrated their 44th Annual Heart of Gold Awards Banquet at the Polo Grill in Lakewood Ranch, Florida. Shapiro, Goldman, Babboni & Walsh are longtime supporters of this organization and were one of the major sponsors of this event.

The Westcoast School provides an atmosphere that cultivates creativity and challenges the minds of students from Kindergarten through 12th grade and truly touches the hearts of the children, most of whom are African-American or Latino. Representing the injury law firm was David L. Goldman, who was also the commencement speaker at the school’s graduation ceremony last year, and Eva Gonzalez who is the current president of the Gulf Coast Latin Chamber of Commerce. 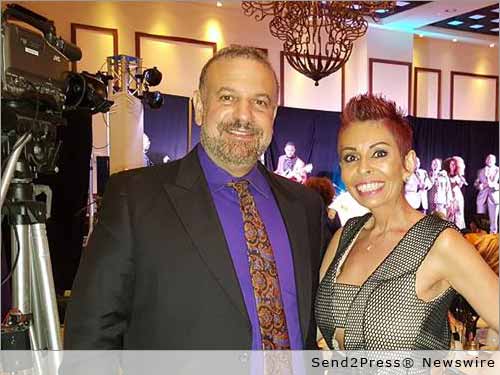 NEWS ARCHIVE NOTE: this archival news content, issued by the news source via Send2Press Newswire, was originally located in the Send2Press® 2004-2015 2.0 news platform and has been permanently converted/moved (and redirected) into our 3.0 platform. Also note the story “reads” counter (bottom of page) does not include any data prior to Oct. 30, 2016. This press release was originally published/issued: Thu, 24 Mar 2016 17:48:16 +0000

View More Business News
David Goldman had this comment about supporting The Westcoast Center for Human Development: "While the Sarasota area has grown by leaps and bounds in the past decade, not everyone has benefited from that growth."