MEXICO CITY, Mexico and LOS ANGELES, Calif., July 19, 2022 (SEND2PRESS NEWSWIRE) — Share the energy and spirit of Mexico’s premier Church of Scientology as it works with the community to create an even brighter future for all. Mexico City, one of the largest metropolitan areas on Earth, combines ancient traditions, colonial influence and 21st-century cosmopolitan culture in its own unique style. 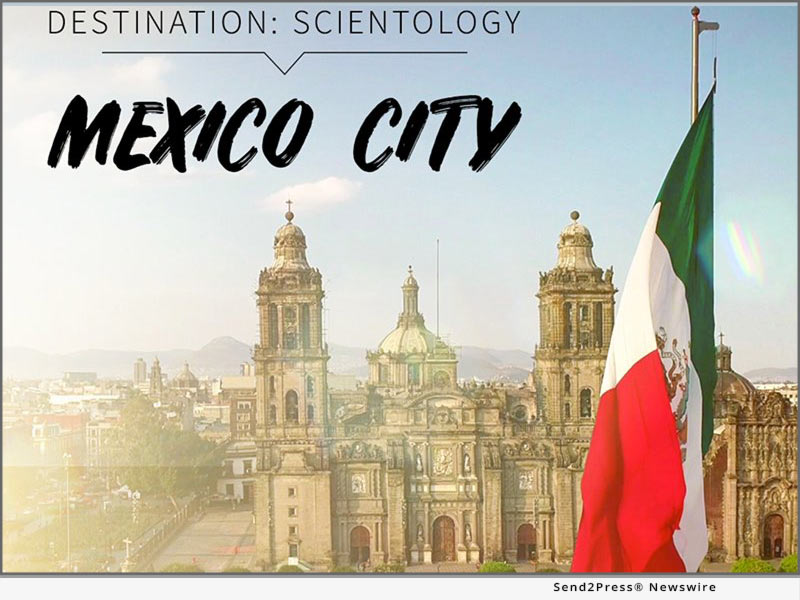 Its pre-Columbian pyramid, Templo Mayor, an ever-present reminder of the city’s Aztec forebears, stands next to the Metropolitan Cathedral, whose striking architecture recalls the city’s Spanish past.

And just a half mile west, 7,000 Scientologists and their guests welcomed the National Church of Scientology of Mexico as Scientology ecclesiastical leader Mr. David Miscavige dedicated the new Church on July 10, 2010.

“Mexicans tend to be friendly people and they like to enjoy the moment,” says one of the Scientologists interviewed in the episode. “We have this phrase,” says another, “‘My house is your house.’ It’s really like that. You’re part of a really big family.”

In this episode, experience the energy and spirit of the city. Journey through one of the most important cultural centers in the Western Hemisphere with local Church members as your guide. And with stops at Alameda Central, the oldest public park in the Americas, and the historic city center with its iconic Angel of Independence monument, get a taste of the breathtaking beauty of this 7,000-foot-high city.

“Destination: Scientology, Mexico City” also tells the story of how, during the September 2017 earthquake, the Church of Scientology served as headquarters for emergency response, uniting volunteer rescue teams and volunteers from throughout the region, working day and night to bring help and hope to those affected by the disaster. “Everyone has this desire to help,” said one Church staff member summing up the community spirit. “We all belong to the same movement to make the world a better place.”

The Scientology Network debuted on March 12, 2018. Since launching, the Scientology Network has been viewed in 240 countries and territories worldwide in 17 languages. Satisfying the curiosity of people about Scientology, the network takes viewers across six continents, spotlighting the everyday lives of Scientologists, showing the Church as a global organization, and presenting its social betterment programs that have touched the lives of millions worldwide. The network also showcases documentaries by independent filmmakers who represent a cross-section of cultures and faiths, but share a common purpose of uplifting communities.