Scientologists Support Human Fraternity This Week and Throughout the Year

LOS ANGELES, Calif., Feb. 7, 2022 (SEND2PRESS NEWSWIRE) — Scientology Churches are active and committed supporters of interfaith action and the right of all people to practice their own religious beliefs. 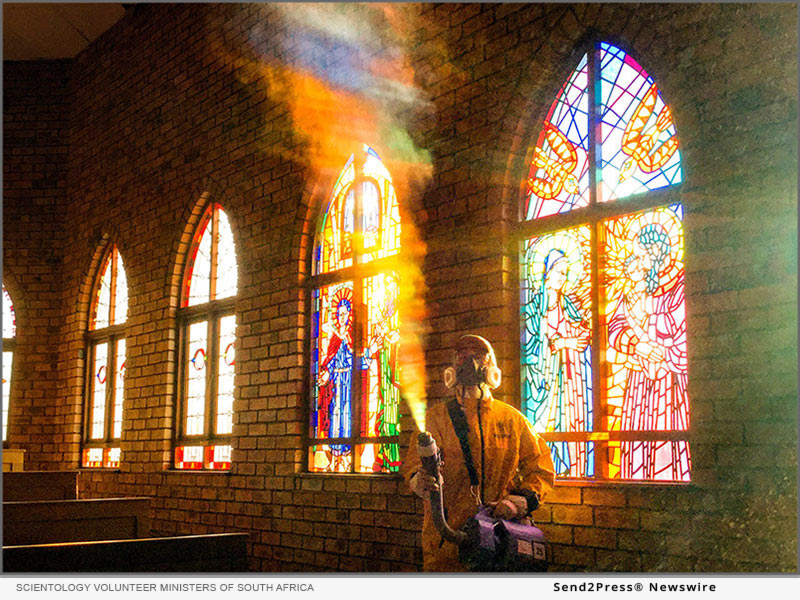 PHOTO CAPTION: Scientology Volunteer Ministers of South Africa have sanitized more than 68,000 buildings and some 1.2 million taxis, buses, ambulances and fire trucks throughout all levels of lockdown.

This week is World Interfaith Harmony Week and the 2nd anniversary of International Day of Human Fraternity. These are concepts central to the Scientology religion. In the Creed of the Church of Scientology, Founder L. Ron Hubbard wrote, “We of the Church Believe…That all men have inalienable rights to their own religious practices and their performance.”

These interfaith activities take many forms, but the common theme is the importance of working together for the good of all.

From Kansas City, Los Angeles and Orlando, to Milan, Budapest and Tel Aviv, through the darkest days of the pandemic, Scientologists worked with other faiths on food drives and to provide prescriptions and other essential supplies to those in need.

When the pandemic struck, the Church of Scientology International encouraged people of all faiths or none to understand and apply the most effective protocols to prevent the spread of the virus by setting up the How to Stay Well Prevention Resource Center. Educational booklets and dozens of videos in 21 languages make it easy to understand how to protect oneself, friends and families. Scientology Volunteer Ministers distributed more than 10 million copies of these booklets in their communities.

Volunteer Ministers from England to Panama and Germany to
Mexico helped houses of worship protect their parishioners by sanitizing churches, mosques and gurdwaras. And protecting people of all faiths and cultures, the Volunteer Ministers of South Africa have sanitized more than 68,000 buildings including government offices, army bases, municipal buildings, clinics, hospitals, orphanages, shelters, churches, and some 1.2 million taxis, buses, ambulances and fire trucks throughout all levels of lockdown.

“Religion is the first sense of community,” wrote Scientology Founder L. Ron Hubbard in an article titled “Religious Influence in Society,” in which he announced the creation of the Scientology Volunteer Ministers program in the mid-1970s. He described the Volunteer Minister as “a person who helps his fellow man on a volunteer basis by restoring purpose, truth and spiritual values to the lives of others.”

“If one does not like the crime, cruelty, injustice and violence of this society, he can do something about it,” he wrote, and he provided tools to help anyone do so through 19 brief courses based on his research into the mind, spirit and life.

Caption: Scientology Volunteer Ministers of South Africa have sanitized more than 68,000 buildings and some 1.2 million taxis, buses, ambulances and fire trucks throughout all levels of lockdown.