BEVERLY HILLS, Calif., March 2, 2018 (SEND2PRESS NEWSWIRE) — Billboard Chart Topping Soul Singer-Songwriter-Actor and Los Angeles Native Phillip Brandon to open for 10-time Grammy® Award Winning THE MANHATTAN TRANSFER at The Saban Theatre in Beverly Hills, March 9 at 8 p.m. Celebrating their 45th anniversary in 2017, The Manhattan Transfer continues to set the standard as one of the world’s greatest and most innovative vocal groups. 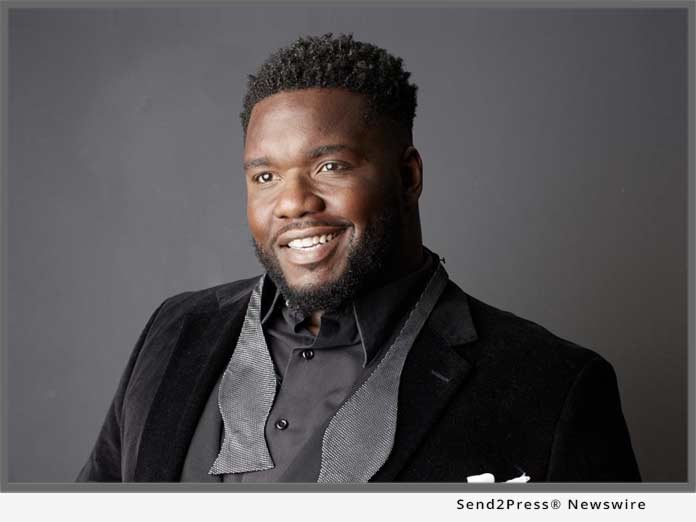 This performance features Los Angeles native Phillip Brandon who will be setting the stage for this legendary group. In addition to being a long time member of the multi platinum Trans-Siberian Orchestra, Phillip is also celebrating the success of his debut album ‘The Story Begins’ whose single ‘Come On’ is currently enjoying Billboard Chart Topping success!

The Story Begins has received a rave “Highly Recommended” rating from trusted music website SoulTracks. Their writer Howard Dukes praised, “Phillip Brandon’s The Story Begins reveals that he is an artist not content to be contained by beats and tracks. It’s a very good album of eight originals and a cover of Luther Vandross’ “Wait for Love.” Listeners will be richly rewarded by Brandon’s determination to remain true to his story and where it has led him.”

Phillip Brandon is a proud graduate of Morehouse College and Venice High School who leapt into an enviable career as a singer and actor in musical theater staples such as the Broadway national tour of “The Color Purple,” Hong Kong Disney’s “The Lion King” &, more recently, BeBe Winans biographical hit “Born For This.” He is the son of Brenda Davis, a.k.a. “Ms. B,” a one-time member of Ray Charles’ legendary female backing vocal group The Raelettes. Brenda passed down the love of music to her son and even guests with him on the beautiful jazz piece “Stay in the Moment” – just one of many highlights from The Story Begins. 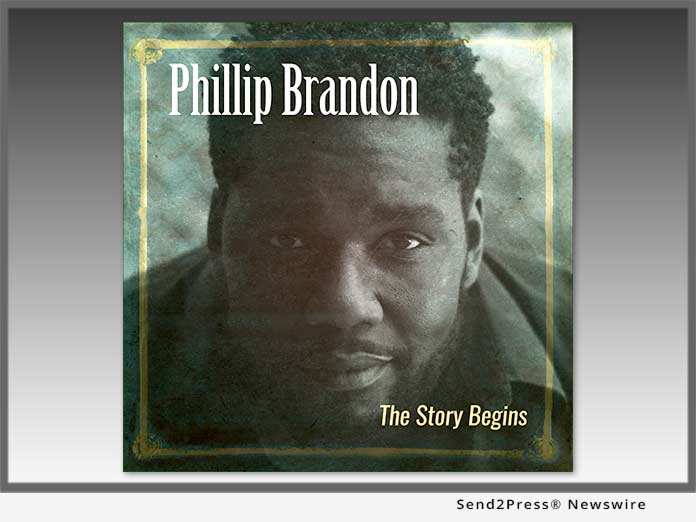 The ten songs co-produced by prolific songwriter Preston Glass (Natalie Cole, Aretha Franklin, George Benson, Kenny G) dynamically range from originals such as Phillip’s epic wedding song “The Promise”, the uplifting “Chocolate Child” (channeling Sammy Davis, Jr. and Gregory Porter) and the luscious piano ballad “A Funny Thing Happened (On the Way to Goodbye)” to the tender Tropicana of the Stevie Wonder-esque “Looking For You (In Somebody Else’s Eyes).”

ABOUT THE NEWS SOURCE:
Phillip Brandon

Phillip Brandon is the Los Angeles-born product of the divinely yoked marriage of Phillip & Brenda Davis. Dad is a big-time jazz lover who took Phillip to his first concert: George Benson. Mom, better known as “Ms. B,” is a former Raelettes backup singer for the immortal Ray Charles. Recently wrapping a role in “Born For This: The Musical” Brandon is operating with deep gratitude as he prepares to embark upon the journey of sharing with the world his amazing debut CD, "The Story Begins."

LEGAL NOTICE AND TERMS OF USE: The content of the above press release was provided by the “news source” Phillip Brandon or authorized agency, who is solely responsible for its accuracy. Send2Press® is the originating wire service for this story and content is Copr. © Phillip Brandon with newswire version Copr. © 2018 Send2Press (a service of Neotrope). All trademarks acknowledged. Information is believed accurate, as provided by news source or authorized agency, however is not guaranteed, and you assume all risk for use of any information found herein/hereupon.