With the aftermath of the Volkswagen Emissions Scandal resulting in more than 480,000 clean diesel owners now absorbing both financial loss and the knowledge that their car, once thought to be a better choice for the environment, has been revealed as a prolific polluter, Volkswagen and Audi will likely be facing multiple lawsuits, fines and possible criminal charges.

Beginning with sharp declines in stock values, the financial fallout for the German automaker is already beginning, however organized lawsuits have only just begun. The State of West Virginia was first out of the gate with a lawsuit, followed by a pending class-action lawsuit from Volkswagen TDI owners in California. Congressional members of the U.S. House of Representatives have called for an investigation into the scandal and more groups both in the United States and European Union are preparing to pursue litigation.

Owners of effected models which include, 2009 to 2014 Jetta TDI Sedans and Jetta TDI Sportwagens, 2010 to 2015 Audi A3 TDIs and Volkswagen Golf TDIs, 2012 to 2015 Beetle TDIs, Beetle Convertible TDIs and Passat TDIs and 2015 Golf TDI Sportwagens, are facing a serious drop in the value of their vehicles as well as the fact that they paid thousands more for a product that does not work as advertised, and now may no longer comply with their required State Pollution control standards.

Additionally Volkswagen does not appear to have a satisfactory fix for the issue. Once the so-called cheat devices have been removed from the vehicles they will not pass emissions tests, however when running with all pollution control devices working, both fuel economy and engine performance are seriously degraded from advertised specifications. Because VW cannot fix their vehicles without falling short on emissions standards or performance and fuel economy, owners of TDI models are currently not left with any clear options.

Civil trial and personal injury attorney Michael J. Babboni of the St. Petersburg office of Shapiro Goldman Babboni and Walsh had this to say on the VW scandal, “As an owner of two VW TDI vehicles I can personally relate to other owners who have been cheated by Volkswagen. VW attempted to create a product that would directly appeal to consumers looking for a premium vehicle that also has a lower impact on the environment. They failed. Rather than absorbing the cost of developing a supposed ‘clean diesel’, and moving on, they chose to develop a cheat device to fool regulators and car-buyers alike. As a result, nearly half a million consumers paid thousands more for a fuel efficient, high performance, good for the environment car that was anything but.”

He adds, “Make no mistake – Volkswagen will be held accountable. As an attorney serving the people of St. Petersburg, Florida for more than 20 years, I urge VW owners in Florida and beyond to contact a lawyer. Our law firm and many others are now investigating the claims that have been brought against Volkswagen. Owners of VW TDIs should get in touch with an attorney to get involved in any class-action lawsuits that may be filed to compensate them for their losses and stay informed as developments occur.”

Michael J. Babboni is an attorney who is practicing in southwest Florida. His motto is, “Personal Injury and wrongful death do not happen to plaintiffs. They happen to people.” Michael is able to handle many types of cases. Some of the cases that Michael J. Babboni can handle include brain injury, personal injury, slip and fall, drunk driving accidents, workplace accidents and wrongful death.

Michael J. Babboni was awarded a Juris Doctor degree in 1987 from Stetson College of Law. He also attended the University of Wisconsin and graduated with a Bachelor’s Degree in Political Science.

A member of many professional organizations, including, the American Association for Justice, Florida Justice Association and Multi-Million Dollar Advocates Forum. Only a small percentage of lawyers are able to be a part of the Multi-Million Dollar Advocates Forum. This is an organization that was first established in the 1993. It is reserved for attorneys who have managed to obtain million dollar verdicts for their clients.

Michael J. Babboni has been interviewed several times throughout his career. He has also appeared on many local newscasts and discussed important legal matters. 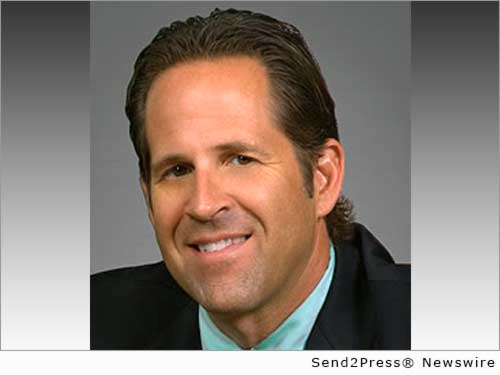 NEWS ARCHIVE NOTE: this archival news content, issued by the news source via Send2Press Newswire, was originally located in the Send2Press® 2004-2015 2.0 news platform and has been permanently converted/moved (and redirected) into our 3.0 platform. Also note the story “reads” counter (bottom of page) does not include any data prior to Oct. 30, 2016. This press release was originally published/issued: Tue, 27 Oct 2015 15:51:26 +0000