"The idea is to encourage Americans to protect themselves," says Denise Gott. "Unfortunately only about 10 percent of those who could benefit from a policy actually have one. The percentage should be much higher. We think it would be if the deductions were taken into account."

KIRKLAND, Wash., March 17, 2016 (SEND2PRESSS NEWSWIRE) — If you’re in the market for long-term care insurance, you may be suffering from sticker shock. “The cost may seem out of reach,” says Denise Gott. “Many people feel this way, so they put off protecting themselves. That’s a shame, because in their case, Uncle Sam may pick up part of the tab.” Gott is CEO of ACSIA Partners, one of the nation’s largest long-term care insurance agencies.

Federal tax deductions for owning long-term care insurance range from a few hundred to a few thousand dollars, and they’re higher than ever in 2016. “Not everyone qualifies,” says Gott, “but everyone owes it to themselves to find out if they do and how big the deduction might be. For millions, the net policy cost will be at least a little less than the ‘sticker price.'”

For the taxable year beginning in 2016, the limitations under Section 213(d)(10) of the IRS tax code, regarding eligible long-term care premiums includible in the term “medical care,” are as follows:

The deductions recur every year that one pays long-term care premiums, and have been increasing annually.

“The idea is to encourage Americans to protect themselves,” says Gott. “Unfortunately only about 10 percent of those who could benefit from a policy actually have one. The percentage should be much higher. We think it would be if the deductions were taken into account.”

Greater public awareness is vitally needed, and Gott’s company is doing what it can to spread the word. “We have over 150 long-term care specialists in all parts of the country. During tax season they’re available to consult with anyone or their financial advisor by phone or in person.”

About ACSIA Partners:
ACSIA Partners LLC — http://www.acsiapartners.com — is one of America’s largest and most experienced long-term care insurance agencies serving all states. The company is also a co-founder and sponsor of the “3in4 Need More” campaign, which encourages Americans to form a long-term care plan. 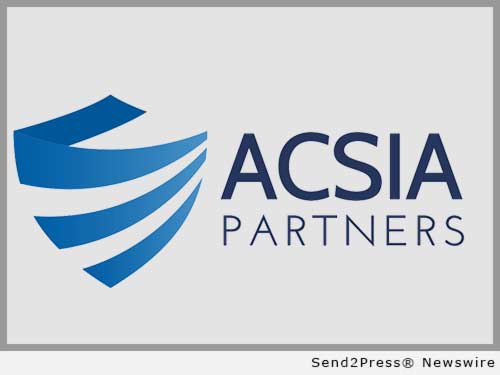 NEWS ARCHIVE NOTE: this archival news content, issued by the news source via Send2Press Newswire, was originally located in the Send2Press® 2004-2015 2.0 news platform and has been permanently converted/moved (and redirected) into our 3.0 platform. Also note the story “reads” counter (bottom of page) does not include any data prior to Oct. 30, 2016. This press release was originally published/issued: Thu, 17 Mar 2016 06:00:09 +0000

View More Finance News
"The idea is to encourage Americans to protect themselves," says Denise Gott. "Unfortunately only about 10 percent of those who could benefit from a policy actually have one. The percentage should be much higher. We think it would be if the deductions were taken into account."