This Thanksgiving, Talk Turkey About Alzheimer’s and Long-Term Care

"The Hover family is like many other families celebrating Thanksgiving this month," says ACSIA's Denise Gott. "By sharing their story on film, they humanize the Alzheimer's issue and the need for care that usually comes with it. They help millions take heart and take action."

These two dangers affect millions of families more personally than other topics (like politics, terrorism, and sports) that are likely to grace the Thanksgiving table.

Gott points to disquieting facts:
* Nearly 70 percent of Americans 65 and older need LTC at some point, according to the U.S. Department of Health and Human Services.

* One in nine people age 65 and older (11 percent) fall victim to Alzheimer’s, according to the Alzheimer’s Association. The proportion increases to about one in three (32 percent) for people age 85 and older.

“These things need to be addressed,” says Gott. “And what better time than Thanksgiving, when everyone’s together and free to talk?”

After Thanksgiving and the December holidays, ACSIA Partners will showcase a trailer of the motion picture, “It Snows all The Time,” at their annual meeting. The feature film is completed and has been submitted to the Sundance Film Festival. It stars Brett Cullen and Lesley Ann Warren and is produced by Erich Hover, whose father, played by Cullen, came down with Alzheimer’s and is the basis of the movie.

Cullen is known for appearances in “Apollo 13,” “Ghost Rider,” “The Dark Knight Rises,” many other films, and popular TV series including “The West Wing.”

Hover’s first movie break came acting alongside Brad Pitt and Philip Seymour Hoffman in “Moneyball.” His experience with Alzheimer’s in his family allowed him to immerse in the lead role of Jesse in his movie, “It Snows All the Time.”

Hover was motivated to create the film after his father started showing symptoms of dementia/Alzheimer’s at age 58. Progressing since then, the disease has drastically affected his memory and his behavior, and he will need long-term care soon.

Hover and Cullen will deliver a joint keynote speech at an ACSIA Partners conference in Austin, Texas, on January 16, 2016.

“The Hover family is like many other families celebrating Thanksgiving this month,” says Gott. “By sharing their story on film, they humanize the Alzheimer’s issue and the need for care that usually comes with it. They help millions take heart and take action.”

About ACSIA Partners LLC:
ACSIA Partners is one of America’s largest and most experienced long-term care insurance solution agencies with hundreds of agents serving all states. The company is also a co-founder and sponsor of the “3in4 Need More” campaign, run by the 3in4 Association, which encourages Americans to form a long-term care plan.

* Photo Caption: The Hover family, subject of the movie “It Snows All the Time.” 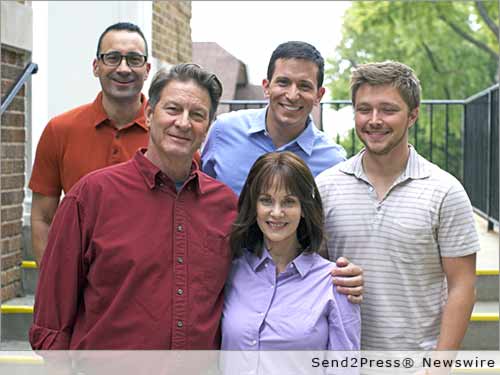 NEWS ARCHIVE NOTE: this archival news content, issued by the news source via Send2Press Newswire, was originally located in the Send2Press® 2004-2015 2.0 news platform and has been permanently converted/moved (and redirected) into our 3.0 platform. Also note the story “reads” counter (bottom of page) does not include any data prior to Oct. 30, 2016. This press release was originally published/issued: Thu, 19 Nov 2015 06:00:11 +0000

It Snows all The Time

View More Finance News
"The Hover family is like many other families celebrating Thanksgiving this month," says ACSIA's Denise Gott. "By sharing their story on film, they humanize the Alzheimer's issue and the need for care that usually comes with it. They help millions take heart and take action."