"Each person is treated with such care, compassion, concern and respect," says Mrs. Heilman. "A huge burden was lifted from my mother and the family."

HENDERSONVILLE, N.C., May 9, 2014 (SEND2PRESS NEWSWIRE) — When Edith Hopper Guthrie, 94, left this world for the next, she also left behind a legacy for family and friends that will be long-remembered, says Four Seasons Compassion for Life, Flat Rock. Inspired by her mother’s creative, hard-working example, Carol Heilman, her husband, Bob, son David, of Charleston, S.C., daughter, Sarah Burghardt, of Fairfield, Calif., and those closest to her decided to show how much they care.

Today, thanks to their combined, designated gift, the interior of Elizabeth House, an in-patient hospice care residence of Four Seasons Compassion for Life, Flat Rock, has been completely refreshed. Their hope remains that others, too, are afforded the opportunity to spend precious days focusing on the quality of their time together at end of life.

“Each person is treated with such care, compassion, concern and respect,” says Mrs. Heilman. “A huge burden was lifted from my mother and the family.”

The spirited woman who insisted church services be added in her assisted living community so she and others could attend, realized due to failing health that she needed more assistance and comfort than her current situation could provide. She asked her family to take her to Elizabeth House.

As Mrs. Guthrie’s symptoms worsened, the hospice care she received there alleviated her anxiety and increased her comfort.

“Mother was an outspoken person, and she didn’t mince words,” says Carol Heilman. “She got right up to the point, and when she saw a need, she spoke up.”

So Mrs. Guthrie’s family and friends offered to help Director of Clinical Services Joyce Mason address a much-needed face lift to the interior of Elizabeth House.

“I carried the fabrics around so much showing everyone, someone asked me if I slept with the swatches,” says Mason, who says walls have already gotten fresh coats of color. “This gift allows our caring, compassionate team to continue our mission of service to patients and families in the most beautiful environment possible.”

A take-charge individual, Mrs. Guthrie worked outside the home almost all her life. The family lived mostly in eastern Kentucky, where for many years she ran the commissary for the coal mining camps outside Pineville. The commissary sold everything imaginable in the community, and Mrs. Guthrie did the ordering and the tasks needed to keep the store stocked and ready.

An expert seamstress, she also made the children’s clothes.

“I don’t know when she had the time, but she did,” Mrs. Heilman says. “My sister and I did things around the house to help, we were given responsibilities. The store was a stone’s throw from our house, so she wasn’t far.”

Later, the family would buy a Lexington dry cleaning business, and Edith became the seamstress there, greeting customers and helping her husband, Charles, run the business. Again, she became known for her dedicated work ethic. Decades later, her husband would precede her in death by two years.

“Mother was always doing something,” says Mrs. Heilman. “When she retired, she didn’t know how to take retirement, didn’t know what to do with herself.”

So Edith, who loved people and working with her hands, bought a house, and began gardening. She got involved with her neighbors on a friendly little street in Hendersonville, started cookie exchanges, and increased the social life of the entire neighborhood. Creative by nature, she also began to cross stitch beautiful pieces, quilt, and make Santa Claus figures. More than 100 were carefully crafted, sold or given as gifts – wearing hand-made suits in her favorite color.

“We were thrilled that there would be red in the accent colors and walls,” says Mrs. Heilman, who feels her mother’s presence throughout the redesign. “We just appreciate what hospice does. The nurses, the volunteers… it’s almost indescribable, the comfort they bring to the family and the individual, amazing the respect and compassion they give.”

A memorial brick in Mrs. Guthrie’s honor has been inscribed for the sidewalk leading up to the Elizabeth House, a small gesture in remembrance of her life and contributions, and in acknowledgement of her legacy.

About Four Seasons Compassion for Life:

Four Seasons Compassion for Life is a registered 501(c)3 non-profit organization with a dedicated team of health care professionals, social workers, spiritual care professionals and volunteers. Nationally known for its leadership in innovative, quality hospice services, Four Seasons is a Circle of Life award recipient from the American Medical Association. 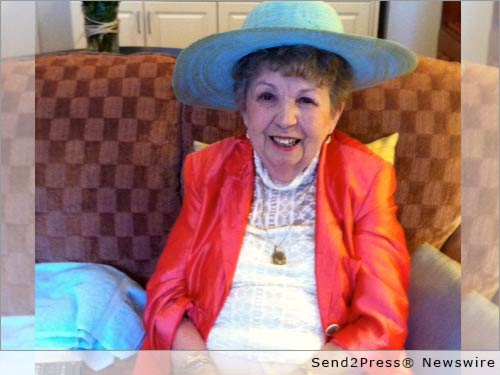 NEWS ARCHIVE NOTE: this archival news content, issued by the news source via Send2Press Newswire, was originally located in the Send2Press® 2004-2015 2.0 news platform and has been permanently converted/moved (and redirected) into our 3.0 platform. Also note the story “reads” counter (bottom of page) does not include any data prior to Oct. 30, 2016. This press release was originally published/issued: Fri, 09 May 2014 18:42:18 +0000

View More Family and Parenting News
"Each person is treated with such care, compassion, concern and respect," says Mrs. Heilman. "A huge burden was lifted from my mother and the family."