Plyler, formerly of Hendersonville, is the Medical Director of the International Disaster Response Unit and Projects with Samaritans Purse, Boone. He is the guest of Health Care Cafe host Chris Comeaux, CEO of Four Seasons Compassion for Life. An internationally recognized expert on the Ebola virus, he has previously appeared on a number of U.S. network news programs, including that of syndicated talk show host Glenn Beck.

Health Care Cafe is online at https://www.fourseasonscfl.org/healthcarecafe/ and on WTZQ, 1600 AM radio Mondays at 5 p.m.

“Ebola is the most destructive disease I’ve ever encountered,” says Plyler. “Globally, we have underestimated this epidemic.”

A fever usually marks the beginning of an Ebola infection, which can look like other, less severe endemic diseases in its initial phases. This reality can make it difficult to control the viral contagion, which

“Dr. Plyler’s actions under pressure and against all odds exemplify the value of innovation in medicine,” says Comeaux.

Plyler’s “deciding moment” to split the single course between the two individuals would ultimately lead to the miraculous recoveries of both Brantly and Writebol, and their return to the United States to complete the Ebola treatment at Emory Hospital, Atlanta.

“When faced with difficult decisions, Plyler drew upon his expertise and his faith,” says Comeaux. “The results were nothing short of miraculous.”

Those tuning in to Health Care Cafe, https://www.fourseasonscfl.org/healthcarecafe/, and the interview with Plyler will learn more about his work to overcome the incredible obstacle posed by the Ebola virus, including:
* hear firsthand the story of what happened behind the scenes of the media hype;
* find out what happened to Brantly and Writebol;
* learn how Ebola is differs from other epidemic diseases;
* discover how Ebola is transferred from person to person;
* consider what makes the Ebola Zaire strain of the virus particularly lethal;
* gain insights about the African geographies and populations associated with the infection;
* and question the measures and interventions needed to control the Ebola crisis.

For more information about the Health Care Cafe program, or to tune in to WTZQ, 1600 AM radio, for “Ebola Outbreak in Liberia,” on Nov. 17, 5 p.m., or visit https://www.fourseasonscfl.org/healthcarecafe/.

Health Care Cafe is sponsored by Four Seasons Compassion for Life, http://www.fourseasonscfl.org, a 501(c)3 non-profit organization with a dedicated team of health care professionals, social workers, spiritual care professionals and volunteers deeply committed to its mission of “Co-Creating the Care Experience.” Nationally known for its leadership in innovative, quality hospice and palliative care services, and internationally known for its work in the west African nation of Zambia, Four Seasons is a former Circle of Life award recipient from the American Medical Association. 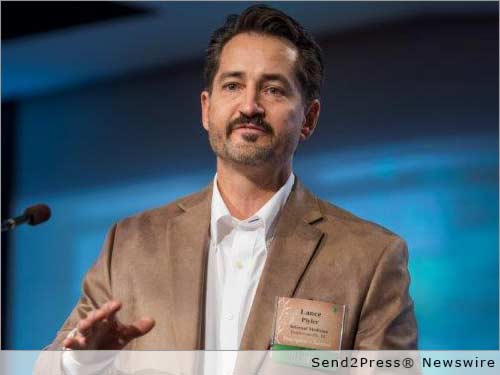 Alternate Headline: In an intimate interview, Western North Carolina doctor shares how he responded to the Ebola crisis with decisive action under pressure

NEWS ARCHIVE NOTE: this archival news content, issued by the news source via Send2Press Newswire, was originally located in the Send2Press® 2004-2015 2.0 news platform and has been permanently converted/moved (and redirected) into our 3.0 platform. Also note the story “reads” counter (bottom of page) does not include any data prior to Oct. 30, 2016. This press release was originally published/issued: Tue, 11 Nov 2014 15:22:35 +0000