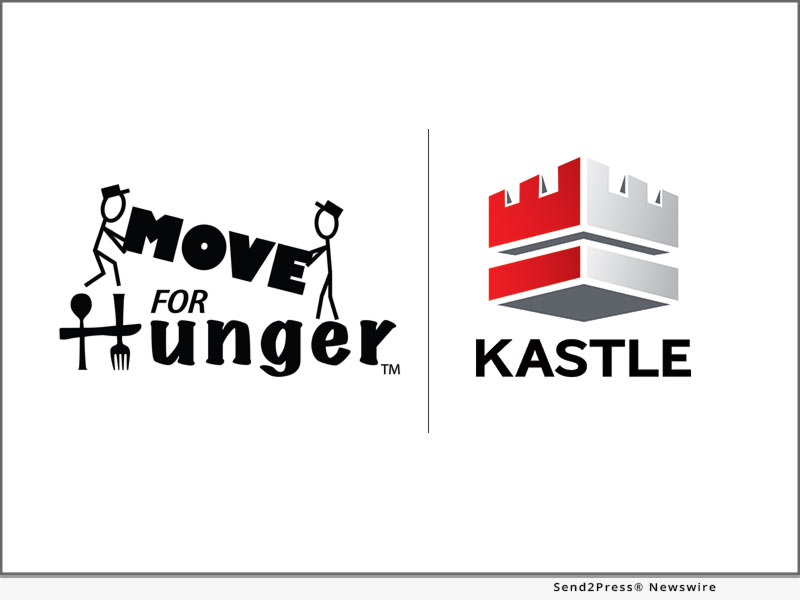 Kastle joined Move For Hunger in 2020 and has since contributed over 150,000 meals to food insecure communities across the United States. In addition to their corporate partnership with Move For Hunger, Kastle also regularly participates in themed food drives and fundraisers hosted by Move For Hunger.

“Kastle has always been invested in giving back to our community and we’re very proud to continue our ongoing partnership with Move For Hunger,” stated Brook Carlon, Chief Human Resources Officer. “We love the work they do and the ingenuity behind limiting food waste while providing hunger relief to Americans across the country. “

Since its inception in 2009 by Adam Lowy, Move For Hunger has provided over 27 million pounds of food, equating to nearly 23 million meals, to food pantries across the United States. Move For Hunger’s network of over 1,100 moving companies, including many of the world’s leading relocation management companies, and more than 2,700 multifamily apartment communities, all are helping to fight to end hunger by encouraging & collecting food items upon move-out and delivering that food to local food banks & pantries across the United States and Canada.

“Kastle has been an amazing partner in the fight against hunger so far,” said Adam Lowy, Executive Director and Founder of Move For Hunger. “With approximately 42 million Americans facing food insecurity, our partners have done a fantastic job of showing up and dedicating themselves to helping end hunger.”

Move For Hunger, a 501(c)(3), is working to end hunger and food waste in America. 42 million Americans struggle with hunger while 35% of the food produced in this country goes to waste. By mobilizing moving companies, multifamily apartment communities, corporations, and volunteers, Move For Hunger has delivered more than 27 million pounds of food to food banks – providing 23 million meals for those in need.

Get your company involved by registering to hold a food drive, fundraiser, or team building opportunity. Visit Move For Hunger to learn more about their work at https://moveforhunger.org/.

View More NonProfit and Charities News
"Kastle has been an amazing partner in the fight against hunger so far," said Adam Lowy, Executive Director and Founder of Move For Hunger. "With approximately 42 million Americans facing food insecurity, our partners have done a fantastic job of showing up and dedicating themselves to helping end hunger."