Send2Press › Wire › NonProfit and Charities › Move For Hunger and CORT Team Up to Provide Over 800,000 Meals and Extend Partnership into Its Fifth Year

Move For Hunger and CORT Team Up to Provide Over 800,000 Meals and Extend Partnership into Its Fifth Year

NEPTUNE CITY, N.J., June 16, 2022 (SEND2PRESS NEWSWIRE) — CORT, the world’s largest provider of furniture rental, trade show and event furnishings, and relocation and transition services, and Move For Hunger, a national hunger relief non-profit organization, have renewed their partnership for the fifth year in a row to fight food insecurity and food waste nationwide. 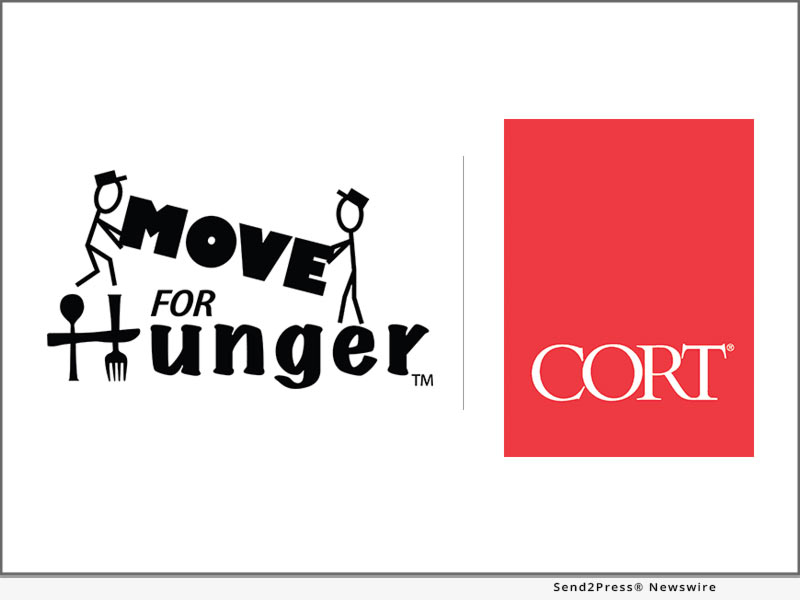 Image Caption: Move For Hunger and CORT Team Up to Provide Over 800,000 Meals.

“Food insecurity is a major problem in the U.S., even more so now after the past two years of a global pandemic. It touches every community CORT serves,” said Lisa Woodworth, Senior Vice President of Marketing at CORT. “What better way to give back locally than to support this initiative.”

“Our employees are already in the multifamily housing property communities regularly, it just made sense for us to partner together and help get the food left behind when a resident moves out to the local food banks,” Woodworth continues. “Focusing on this has helped build stronger relationships in our communities, and we have helped make a real difference for those in need. It is inspiring to see the energy and excitement our employees have when they hold a food drive.”

Since its inception in 2009, Move For Hunger has provided over 27 million pounds of food, equaling nearly 23 million meals, to food pantries across the United States. Move For Hunger now has a network of more than 2,700 multifamily apartment communities, all helping to fight to end hunger by collecting food items and delivering them to local food banks in the United States and Canada.

“CORT is one of our largest supporters,” said Adam Lowy, Executive Director and Founder of Move For Hunger. “We couldn’t be more thankful for their dedication to the fight against hunger, and we’re so excited to see what this year of partnership brings to food insecure communities.”

Move For Hunger, a 501(c)(3), is working to end hunger and food waste in America. 42 million Americans struggle with hunger while 35% of the food produced in this country goes to waste. By mobilizing moving companies, multifamily apartment communities, corporations, and volunteers, Move For Hunger has delivered more than 27 million pounds of food to food banks – providing 23 million meals for those in need.

Get your company involved by registering to hold a food drive, fundraiser, or team building opportunity. Visit Move For Hunger to learn more about their work at www.moveforhunger.org

CORT, a part of Warren Buffett’s Berkshire Hathaway, is the nation’s leading provider of transition services, including furniture rental for home and office, event furnishings, destination services, apartment locating, touring, office space occupancy technology, and other services. With more than 100 locations including offices, distribution centers, rental showrooms, and retail furniture outlets across the United States, operations in the United Kingdom, and partners in more than 80 countries around the world, no other furniture rental company can match CORT’s breadth of services and companywide commitment to making a house a home, an office a great place to work and an event a memorable celebration. For more information, please visit www.cort.com.

View More NonProfit and Charities News
"CORT is one of our largest supporters," said Adam Lowy, Executive Director and Founder of Move For Hunger. "We couldn't be more thankful for their dedication to the fight against hunger, and we're so excited to see what this year of partnership brings to food insecure communities."