‘The Gold Thinker,’ an Andy Warhol Original Painting, A Gold Marilyn Comparable Masterpiece, to Be Auctioned for Charity 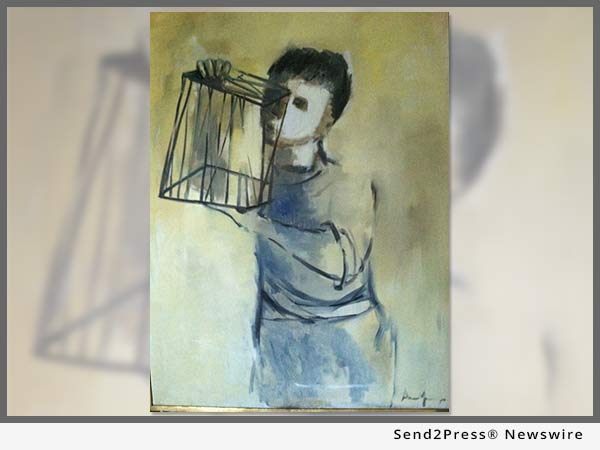 One hears the name “Andy Warhol” and images of the style, creativity, and original iconic status of his artistic genius come to mind. Starting November 7, 2016, worldwide bidders will have the opportunity to acquire this original Warhol painting.

“We expect this painting to become a prized exhibit in a museum, art collector’s home, or institution dedicated to the study of Warhol,” said Eric Gazin, President of Auction Cause, the agency managing the sale and bidder prequalification.

The iconic piece was discovered by Michael P. Wilson at a thrift store years ago in California. He was attracted to the unique characteristics but did not immediately recognize it as an Andy Warhol. Years later, he began an inquiry and collection of Andy’s informal signatures. After seeing Andy Warhol’s “Gold Marilyn,” and several drawings from Daniel Blau’s book “From Silverpoint To Silverscreen” — a book releasing 200 never-before-seen in the public 1950’s Andy Warhol drawings — he then decided to research his painting, leading him to Fine Art Authenticator & Appraiser G.B. Tate.

The painting was authenticated in 2015 by G.B. Tate & Sons Fine Art of Laramie, Wyoming. The appraisal document of G.B. Tate and Sons states: “The subject artwork is typical of the artist and compares favorably in quality and subject matter with many other examples of the genre offered in the marketplace. All other factors, including technique, style and signature, are consistent with original works by the artist.”

eBay For Charity will host the auction at: http://www.ebay.com/rpp/goldthinker.

Mr. Wilson plans on sharing part of the proceeds with the City of Hope, as both he and his wife lost family members from illnesses which are treated and researched at the hospital. For more information on the City of Hope please visit http://www.cityofhope.org/.

Additional information, including how to prequalify to bid, can be found at http://www.auctioncause.com/.

View More Fine Art and Artists News
"We expect this painting to become a prized exhibit in a museum, art collector's home, or institution dedicated to the study of Warhol," said Eric Gazin, President of Auction Cause.

"The Gold Thinker," an Andy Warhol original painting, a Gold Marilyn comparable masterpiece, to be auctioned online with eBay for Charity November 7 - 17, 2016, by Michael P. Wilson.

LEGAL NOTICE AND TERMS OF USE: The content of the above press release was provided by the “news source” Michael P. Wilson or authorized agency, who is solely responsible for its accuracy. Send2Press® is the originating wire service for this story and content is Copr. © Michael P. Wilson with newswire version Copr. © 2016 Send2Press (a service of Neotrope). All trademarks acknowledged. Information is believed accurate, as provided by news source or authorized agency, however is not guaranteed, and you assume all risk for use of any information found herein/hereupon.