ATLANTA, Ga., Oct. 20, 2015 (SEND2PRESS NEWSWIRE) — The Vaccine-Injury Awareness League today announced that concerned individuals from all across the nation will gather to demand an end to “corruption” at the CDC and to promote mercury-free vaccines.

Parents demand answers and accountability. Since the National Childhood Vaccine Injury Act of 1986 which eliminated any liability for pharmaceutical manufacturers, the number of recommended childhood vaccines has more than tripled and we have seen a decline in the health and vitality of our children with among the worst infant mortality rate in the developed world. Since the whistleblower’s allegations, several states have introduced Bills to mandate vaccines – such as California’s SB277, signed into Law June 2015.

WHY: It has been over a year (August 2014) since a Senior Research Scientist within the CDC has come forward with allegations of falsified safety data — the very data upon which vaccine public policy is made. Congressman William Posey of Florida has urged Congress to investigate these claims and to date, no investigation has begun.

These individuals stand united; all races, creeds, colors, religions to demonstrate against the corruption within the CDC’s vaccine division. 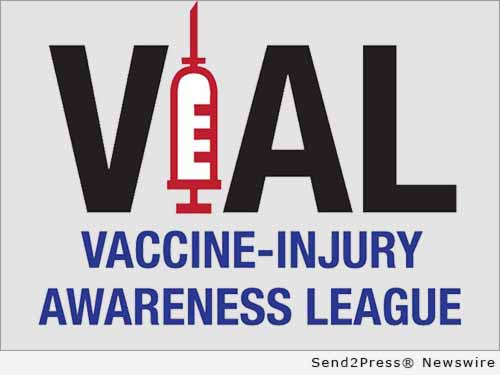 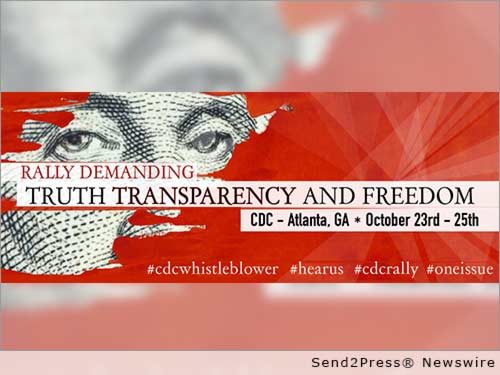 NEWS ARCHIVE NOTE: this archival news content, issued by the news source via Send2Press Newswire, was originally located in the Send2Press® 2004-2015 2.0 news platform and has been permanently converted/moved (and redirected) into our 3.0 platform. Also note the story “reads” counter (bottom of page) does not include any data prior to Oct. 30, 2016. This press release was originally published/issued: Tue, 20 Oct 2015 13:03:52 +0000

LEGAL NOTICE AND TERMS OF USE: The content of the above press release was provided by the “news source” Vaccine-Injury Awareness League or authorized agency, who is solely responsible for its accuracy. Send2Press® is the originating wire service for this story and content is Copr. © Vaccine-Injury Awareness League with newswire version Copr. © 2015 Send2Press (a service of Neotrope). All trademarks acknowledged. Information is believed accurate, as provided by news source or authorized agency, however is not guaranteed, and you assume all risk for use of any information found herein/hereupon.