"We were very happy to provide Geraldine to the Lowry Park Zoo so more people can see what wonderful animals they are," Tom Krueger, owner of Brayfield's Farm, said.

In fact, in 1980, it was estimated that there was fewer than 80 of these delightful animals in the world. However, conservation efforts have gotten results. The breed has increased in numbers and in 2012, approximately 2,500 pure Poitous were registered in the studbook.

Poitou Donkeys are either black or brown with white bellies. They have large, long ears and long hair. In some northern climates, their long hair will form dreadlocks. They are docile and social.

“We were very happy to provide Geraldine to the Lowry Park Zoo so more people can see what wonderful animals they are,” Krueger says.

Six-year old Geraldine will make the Lowry Park Zoo her new home and was recently joined by her stable mate, Jelly Bean, a standard donkey.

After several weeks at the zoo, Melinda Mendolusky, Lowry Park Zoo animal care manager, commented, “What a joy they are to be around and they have now joined ‘The Parade of Animals’ which happens every day at 11:30 a.m. and 2:30 p.m.” 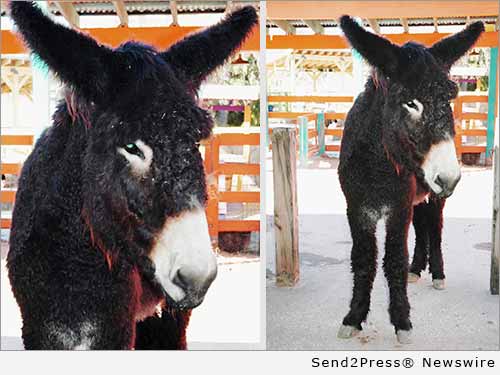 About Lowry Park Zoo:
Founded in 2009, Tampa’s Lowry Park Zoo is a 63-acre nonprofit zoo that is recognized by the State of Florida as the center for Florida wildlife conservation and biodiversity. 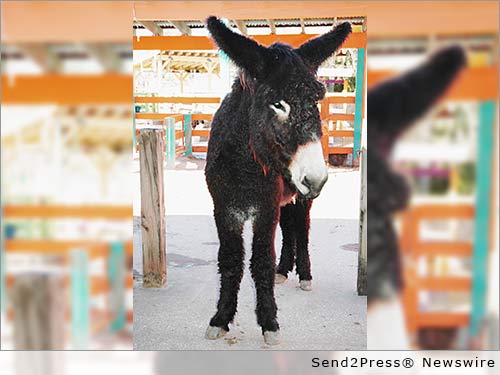 NEWS ARCHIVE NOTE: this archival news content, issued by the news source via Send2Press Newswire, was originally located in the Send2Press® 2004-2015 2.0 news platform and has been permanently converted/moved (and redirected) into our 3.0 platform. Also note the story “reads” counter (bottom of page) does not include any data prior to Oct. 30, 2016. This press release was originally published/issued: Thu, 25 Feb 2016 15:06:25 +0000

View More Business News
"We were very happy to provide Geraldine to the Lowry Park Zoo so more people can see what wonderful animals they are," Tom Krueger, owner of Brayfield's Farm, said.

LEGAL NOTICE AND TERMS OF USE: The content of the above press release was provided by the “news source” Brayfields Miniature Donkey Inc. or authorized agency, who is solely responsible for its accuracy. Send2Press® is the originating wire service for this story and content is Copr. © Brayfields Miniature Donkey Inc. with newswire version Copr. © 2016 Send2Press (a service of Neotrope). All trademarks acknowledged. Information is believed accurate, as provided by news source or authorized agency, however is not guaranteed, and you assume all risk for use of any information found herein/hereupon.