"I'm excited to be in this marvelous new film, and having to work with such a talented crew, including OSCAR winners Affleck and DiCaprio," said Furlan.

BEVERLY HILLS, Calif., March 10, 2016 (SEND2PRESS NEWSWIRE) — Actor Massi Furlan takes on the role of Anthony Servidone opposite Ben Affleck in “Live by Night” a 1920’s prohibition-era American crime film written and directed by Affleck and produced by Leonardo DiCaprio. The film is based on the novel by Dennis Lehane, is being distributed by Warner Bros and slated to hit the theaters in 2017.

“I’m excited to be in this marvelous new film, and having to work with such a talented crew, including OSCAR winners Affleck and DiCaprio,” said Furlan.

Furlan will also appear as Cesar in “Trafficked” helmed by Ashley Judd alongside producer Conroy Kanter and Writer / Producer Siddharth Kara. “Trafficked” shines a light on the worldwide problem of human trafficking. The film is based on true events about the lives of three girls from America, Nigeria and India who were trafficked through an elaborate worldwide network and then enslaved in a Texas brothel. The film will have its world premiere in Geneva in the summer of 2016, sponsored by the United Nations.

With over 60 credits to his name, Massi is a character actor to follow. He was born in Treviso, Italy, and flew helicopters before turning his daring personality into a pro actor, known as the “Charming Villain.” First starting his career as a stand-up comic in Italy he transitioned into acting after moving to Miami. He currently lives in Los Angeles, Calif.

Massi’s forte is Eastern European characters, but he has played a variety of roles from other nationalities such as Cuban, Serbian, French, Persian, Mexican, Italian and Russian. Better known for characters he brought to life in: “The Dark Knight Rises” directed by Christopher Nolan; “Keeping up with the Joneses” with Zach Galifianakis and Isla Fisher (scheduled to be released in the summer 2016); “Blood of Redemption” with Billy Zane and Dolph Lundgren; and “Layover” alongside Lauren Holly.

Later this year Massi will be playing Maurizio D’Oro the owner of a high-end art gallery in Rhode Island who mentors aspiring autistic artist Randy in “Randy’s Canvas,” a non-profit film benefiting autism.

When the Italian actor isn’t working he rescues and trains dogs while supporting animal charities and events. 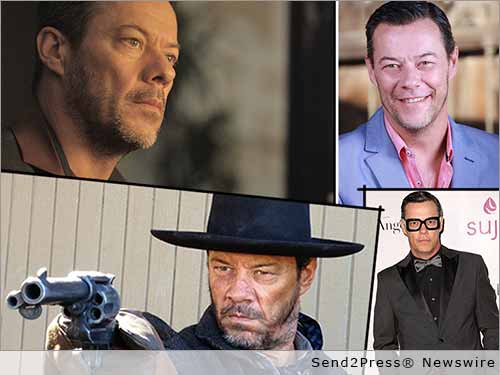 NEWS ARCHIVE NOTE: this archival news content, issued by the news source via Send2Press Newswire, was originally located in the Send2Press® 2004-2015 2.0 news platform and has been permanently converted/moved (and redirected) into our 3.0 platform. Also note the story “reads” counter (bottom of page) does not include any data prior to Oct. 30, 2016. This press release was originally published/issued: Thu, 10 Mar 2016 07:00:06 +0000

View More California Business News
"I'm excited to be in this marvelous new film, and having to work with such a talented crew, including OSCAR winners Affleck and DiCaprio," said Furlan.

ABOUT THE NEWS SOURCE:
Massi Furlan

LEGAL NOTICE AND TERMS OF USE: The content of the above press release was provided by the “news source” Massi Furlan or authorized agency, who is solely responsible for its accuracy. Send2Press® is the originating wire service for this story and content is Copr. © Massi Furlan with newswire version Copr. © 2016 Send2Press (a service of Neotrope). All trademarks acknowledged. Information is believed accurate, as provided by news source or authorized agency, however is not guaranteed, and you assume all risk for use of any information found herein/hereupon.