On a special night in New York, American Friends of Neve Hanna led by Co-Presidents Janet and Irwin Tobin, came together with Chef Solomonov to celebrate 40 years of service to children and the publication of Solomonov’s new cookbook, “Zahav” (ISBN: 978-0544373280).

Chef Solomonov shared both a signature recipe and the personal culinary journey that led him back to Israel and his meeting with the children at Neve Hanna. Neve Hanna provides youngsters from dysfunctional families with a loving and healthy home – and a future they would not otherwise have.

Solomonov and his family visited the Neve Hanna campus last June and were particularly impressed by the inspiring, resilient young people who overcome serious challenges to succeed and thrive. 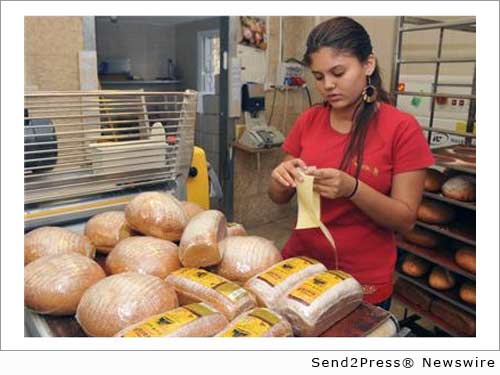 The bakery has become so successful that it now provides baked goods to restaurants and corporate dining facilities throughout Israel. Chef Solomonov could relate to the children of Neve Hanna; indeed, it was his time spent working in a bakery in Israel as a teen that proved to be the first step towards finding his calling in food and pursuing a career built around furthering the State of Israel through this lens.

Situated in the southern part of Israel, Neve Hanna not only serves its resident young people (who are referred by the Israeli courts) but also provides daily programming and services to neighboring youngsters from the Bedouin town of Rahat.

Michael Solomonov is now embarking on a new venture – the eagerly anticipated Dizengoff NYC, an Israeli style hummusiya and his first restaurant in New York (Dizengoff Philly opened in Summer of 2014), opening this April in Chelsea Market.

For information about Neve Hanna or to purchase a copy of Zahav, please call or email The American Friends of Neve Hanna at (212) 533-2061 or afnevehanna@gmail.com. Please visit our website at http://www.afnevehanna.org/.

(2) Caption: At work in the bakery at Neve Hanna.

NEWS ARCHIVE NOTE: this archival news content, issued by the news source via Send2Press Newswire, was originally located in the Send2Press® 2004-2015 2.0 news platform and has been permanently converted/moved (and redirected) into our 3.0 platform. Also note the story “reads” counter (bottom of page) does not include any data prior to Oct. 30, 2016. This press release was originally published/issued: Mon, 28 Mar 2016 14:48:55 +0000

ABOUT THE NEWS SOURCE:
American Friends of Neve Hanna

LEGAL NOTICE AND TERMS OF USE: The content of the above press release was provided by the “news source” American Friends of Neve Hanna or authorized agency, who is solely responsible for its accuracy. Send2Press® is the originating wire service for this story and content is Copr. © American Friends of Neve Hanna with newswire version Copr. © 2016 Send2Press (a service of Neotrope). All trademarks acknowledged. Information is believed accurate, as provided by news source or authorized agency, however is not guaranteed, and you assume all risk for use of any information found herein/hereupon.