Internet of Things (IoT) Presents Threat to Aviation Safety, According to Cybersecurity Expert

ALEXANDRIA, Va., April 14, 2015 (SEND2PRESS NEWSWIRE) — The emerging Internet of Things (IoT) will expose the global aviation industry to vulnerabilities at a level never before seen and will have a transformative impact on the industry, according to George M. Schu, a cybersecurity strategist with Stangarone & Associates, a Washington D.C.-based consultancy.

According to Schu, “While the IoT promises to introduce enormous efficiencies and enhancements to aviation just as it is to other market segments, malware, or malicious software, is used by hackers with intent to disrupt operations, steal proprietary information, or compromise privacy.”

The IoT enables automated communications between machines. The term IoT can include the type of Radio Frequency Identification tags that businesses place on products in stores to monitor inventory; the Smart Grid, which modernizes the electrical grid by harnessing digital technologies; and Internet-connected jet engines and drills on oil rigs.

“Indeed, there are great benefits to be realized for aviation with IoT — more efficient aircraft routing, enhanced traveller experience, leveraging the sharing economy and an increased number of aircraft in a more connected ecosystem of aviation,” he said, “but aviation leaders need to be cautious about how it is implemented.”

“We are at the beginning of the IoT era. The FTC reports that six years ago, for the first time, the number of things connected to the Internet surpassed the number of people. Estimates are that there will be 25 billion connected devices this year, and by 2020 there will be 50 billion. Related to the IoT phenomenon is the growth of Machine-to-Machine (M2M) connections,” he said.

Three and one-half billion sensors are already in the marketplace, and the expectation is that number will increase to trillions within the next decade. Schu said the confluence of IoT and M2M connections is staggering to contemplate. Both will drive new innovation and economies across market verticals.

In the current Annual Security Report issued by CISCO, aviation is cited in the top five market verticals most vulnerable to malware exposure.

Schu believes that aviation leaders need to ensure that standards for IoT implementation and security are adopted and strictly used, not just for the aviation industry itself, but for its partners and suppliers as well. “Your suppliers can become your weakest link,” he said.

About George M. Schu:
George Schu is a cybersecurity strategist with Stangarone & Associates, an aerospace and aviation consultancy based in Washington D.C. Schu served as a Booz Allen Hamilton Partner and Senior Vice President for seven years. He provided data integrity solutions for a large multinational financial services company and delivered regular in-person reports to the Board of Directors. He led an initiative to help the electrical utilities industry understand cyber vulnerabilities to the electric grid. He also led multiple businesses supporting Departments of Homeland Security, Justice and other U.S. civilian agencies’ cybersecurity missions.

Before joining Booz Allen, Schu was at VeriSign where he was Vice President, Public Sector, responsible for building a new sales group from the ground up. He led sales, consulting services and business development teams that accounted for substantial growth of VeriSign’s information security business. He was also responsible for M&A efforts at VeriSign aimed at growing the government market business. He conducted search and due diligence of technology companies to take VeriSign business to the next level. Prior to VeriSign, Schu worked for Oracle Corporation where he led a team focused on growing Oracle Information Security solutions in various enterprises. He had a track record of successfully creating demand for Oracle products through innovative marketing, solution selling and thought leadership. 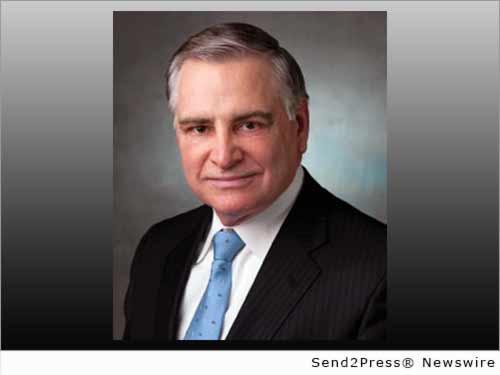 Alternate Headline: According to Cybersecurity Expert George M. Schu, the Internet of Things Presents a Threat to Aviation Safety

NEWS ARCHIVE NOTE: this archival news content, issued by the news source via Send2Press Newswire, was originally located in the Send2Press® 2004-2015 2.0 news platform and has been permanently converted/moved (and redirected) into our 3.0 platform. Also note the story “reads” counter (bottom of page) does not include any data prior to Oct. 30, 2016. This press release was originally published/issued: Tue, 14 Apr 2015 16:46:14 +0000

More from Stangarone and Associates LLC

ABOUT THE NEWS SOURCE:
Stangarone and Associates LLC

LEGAL NOTICE AND TERMS OF USE: The content of the above press release was provided by the “news source” Stangarone and Associates LLC or authorized agency, who is solely responsible for its accuracy. Send2Press® is the originating wire service for this story and content is Copr. © Stangarone and Associates LLC with newswire version Copr. © 2015 Send2Press (a service of Neotrope). All trademarks acknowledged. Information is believed accurate, as provided by news source or authorized agency, however is not guaranteed, and you assume all risk for use of any information found herein/hereupon.