"This upward trend in the Asheville metropolitan statistical area is expected to continue for the next 25-30 years as Baby Boomers and their parents age," says Chris Comeaux, Chief Executive Officer. "The awareness of this increasing need for hospice and palliative care is not new."

ASHEVILLE, N.C., Jan. 7, 2014 (SEND2PRESS NEWSWIRE) — As celebrants welcome the 2014 New Year, a retrospective look at 2013 shows that the aging of western North Carolina’s population, together with retirement relocations, has resulted in a rise in the numbers of individuals who may need specialized care during serious illness or at end of life, according to Four Seasons Compassion for Life.

“This upward trend in the Asheville metropolitan statistical area is expected to continue for the next 25-30 years as Baby Boomers and their parents age,” says Chris Comeaux, Chief Executive Officer.

By some estimates, 42.8 percent of Buncombe County residents are already either baby boomers or older, according to the Buncombe County Aging Coordinating Consortium in its 2013-1017 Aging Plan.

The awareness of this increasing need for hospice and palliative care is not new, says Comeaux.

Since 2007, Buncombe County remains under a directive in the form of N.C. Senate Bill 448 as one of six counties statewide with the particular need to place emphasis on the best ways to serve a rapidly changing, aging population. And by 2013, population estimates for Buncombe County grew from 217,000 to approximately 285,000, and the numbers of individuals aged 60 and over was expected to nearly double.

“Western North Carolina’s efforts to meet the needs of its aging population may be put into perspective by the backdrop of the state’s situation,” says Comeaux.

In 2009, the most recent year for which figures are available, 1.1 million, or 13 percent, of North Carolina’s 9.3 million residents were aged 65 or older, according to the 2011 County Health Data Book of the state Department of Health and Human Services. This upward trend suggests a significant increase from the 10 percent, or 602,762 residents, in this age group in 1980.

As an additional consideration, the state experiences higher unadjusted mortality rate than the rest of the country, says Comeaux.

“The need increases daily for quality hospice and palliative care models, like those implemented by Four Seasons in western North Carolina, to become standard practice across the state.” 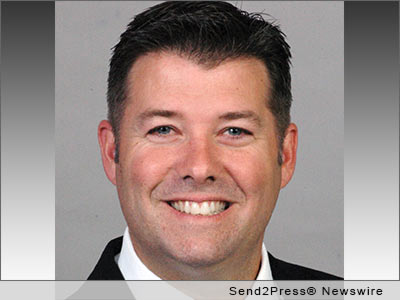 NEWS ARCHIVE NOTE: this archival news content, issued by the news source via Send2Press Newswire, was originally located in the Send2Press® 2004-2015 2.0 news platform and has been permanently converted/moved (and redirected) into our 3.0 platform. Also note the story “reads” counter (bottom of page) does not include any data prior to Oct. 30, 2016. This press release was originally published/issued: Tue, 07 Jan 2014 13:54:45 +0000

View More Asheville Business News
"This upward trend in the Asheville metropolitan statistical area is expected to continue for the next 25-30 years as Baby Boomers and their parents age," says Chris Comeaux, Chief Executive Officer. "The awareness of this increasing need for hospice and palliative care is not new."