"The Triple Aim is an achievement to which healthcare providers aspire," says Janet Bull, M.D. "But there is a huge shift in health care, and it's playing out differently in different areas of the country."

FLAT ROCK, N.C., Feb. 10, 2015 (SEND2PRESS NEWSWIRE) — Janet Bull, M.D., chief medical officer of Four Seasons Compassion for Life, talks about the Triple Aim of Healthcare as if it were the Holy Grail. And for health care providers which hope to offer their patients higher quality, better service and lower costs during serious illness or at end of life, it may very well be the equivalent.

“The Triple Aim is an achievement to which healthcare providers aspire,” she says. “But there is a huge shift in health care, and it’s playing out differently in different areas of the country.”

The example set by Bull and care providers with Four Seasons stands in stark contrast to the study released last week in the Annals of Internal Medicine. The study, which relied upon interviews of family members of deceased individuals, found “no improvement” in symptoms among patients at end of life in the years spanning 1998-2010.

The research was undertaken to measure the affect of a seminal 1997 Institute of Medicine report calling for major changes in the organization and delivery of end of life care.

These studies, however, measure the realities of the past, and palliative care practice has evolved over the past five years. In these early days of 2015, Bull looks ahead to the promise patient-centered care she believes lies just ahead.

The Four Seasons Chief Medical Officer is known for her commitment to quality services, innovative programs, and exemplary dedication to the practice of palliative medicine in a hospice setting. Recognized as a top 30 “visionary” leader in the medical specialty of palliative care by her peers in the American Academy of Hospice and Palliative Medicine in 2014, Bull was also honored by the organization’s 2013 Josefina B. Magno Distinguished Hospice Physician Award.

“The results may take time, but we can deliver better care. We’ll be moving toward that system,” she says.

Bull says that quality palliative care and hospice providers across the nation share a common goal: to make the Triple Aim of Health Care a reality for the communities they serve. Here are the top four benefits she believes individuals will realize in the next decade as a result of this transition.

Patient Quality of Life Leads the Care Model of the Future:

Improving patient quality of life is a key component of palliative care and hospice in the next decade, says Bull.

“The patient drives their own goal of care through education, to the extent designed by the patient,” she says. “The patient makes informed decisions about the kind of care they want to receive. The focus is then on the patient’s goal of care while making sure symptoms are well controlled.”

In the palliative care world of the future, the patient is empowered to make decisions about the care they get, including aggressive symptom management, says Bull. During the process, the patient and family learns to navigate a complex health care system in which increasing amounts of care is driven by the consumer.

“A team approach ensures that the resources are available to get what you need,” says Bull.

The entire team, not just a physician, works to create solutions. A social worker can help with advanced planning or access to transportation. The nurse case manager becomes aware of any social or existential distress due to a realization of a life limiting illness. These types of things often improve quality of life, says Bull.

“Palliative care is not a fictitious service; it’s a team based approach with select competencies among team members, who get together on how best to care for a patient,” she says.

This approach stands in stark relief against the backdrop of the physician-centered model in the fragmented care system we have today, Bull says. But changes are already beginning to occur.

“There is increased movement toward using physician assistants and nurse practitioners. And we’re seeing more practitioners out in the community in retail locations, which marks the emergence of a merchandised approach.”

The ‘Value’ of Services Is Based on Patient Outcomes:

In a consumer driven world, a focus on providing exceptional service at a value will have a big role in health care in the decade to come, says Bull. Value-based palliative care services measure quality through patient and family experiences, and the specific outcomes that are needed.

For example, an objective measurement of a person’s subjective response to pain management helps palliative care practitioners determine the effectiveness of the patient’s treatment plan. If the control of symptoms ensures a higher quality of life for the patient, then the team has delivered the desired outcome desired.

“The value palliative care brings to the table is through its outcome deliverables,” says Bull. “In this case, the care team might ask if we improved the quality of life for that patient, and to what extent.”

Measuring outcome deliverables takes a broader view, says Bull, including whether the patient can remain at home as he or she chooses. Success measures include indicators such as:
* Decreasing inappropriate admissions to the hospital
* Improved coordination of care providers
* Nurse case managers to ensure patient needs are met by the care team
* Improved symptom management, physical therapy, counseling or specialized services
* Assistance with issues regarding medication, affordability, or changes in prescriptions

“Palliative care can help patients in a host of ways, so they can stay at home with improved symptoms and not have to go back into the hospital,”

In the near future, care providers will certainly look at the way payment affects families.

“Let’s say a patient has a hip fracture,” she posits. “They may need surgical, hospital, nursing home, and rehabilitation care until that episode is complete.”

Right now, the family would have to pay all those expenses separately, that is, to separate providers. That’s called a “fee for service” model. Instead, Bull believes “bundled payments” are likely in the future. Care providers bundle the care and case management as well as the cost.

This convenience reduces risk, and follows the family, wherever they go, she says. 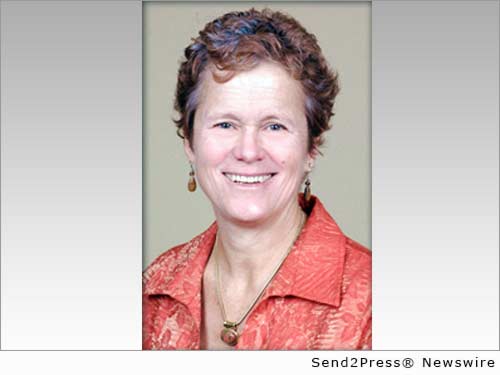 NEWS ARCHIVE NOTE: this archival news content, issued by the news source via Send2Press Newswire, was originally located in the Send2Press® 2004-2015 2.0 news platform and has been permanently converted/moved (and redirected) into our 3.0 platform. Also note the story “reads” counter (bottom of page) does not include any data prior to Oct. 30, 2016. This press release was originally published/issued: Tue, 10 Feb 2015 14:07:16 +0000

View More General Editorial News
"The Triple Aim is an achievement to which healthcare providers aspire," says Janet Bull, M.D. "But there is a huge shift in health care, and it's playing out differently in different areas of the country."