Saluda CEO John Parker commented: "We are delighted to welcome Biosciences Managers as a key shareholder. Their knowledge and experience in the world of medical devices will complement our extraordinary group of existing investors to support Saluda through its next phases of evolution."

SYDNEY, Australia, Feb. 20, 2015 (SEND2PRESS NEWSWIRE) — Saluda Medical has today announced that it has received $10 million in Series B financing bringing a breakthrough treatment for chronic pain one step closer to reality.

The company, a successful spin-out from NICTA, Australia’s Information Communications and Technology (ICT) Research Centre of Excellence, is developing world-first neuromodulation technologies that will improve the treatment of chronic pain, Parkinson’s disease, epilepsy and other debilitating disorders.

Neuromodulation generates therapeutic nerve activity through the delivery of electrical stimulation to targeted sites in the body. Saluda is developing a neuromodulation device that measures nerve signals and adjusts stimulation in real time to achieve optimal outcomes for patients. With 1.5 billion people suffering from chronic pain worldwide, Saluda’s research will bring an increased quality of life to many across the globe.

New investor Biosciences Managers led the funding round, in which existing investors also participated. Saluda intends to use the funds to conduct chronic clinical trials and support commercialization plans for its Evoke™ spinal cord stimulation system to treat chronic pain of the trunk and limbs.

Saluda CEO John Parker commented: “We are delighted to welcome Biosciences Managers as a key shareholder. Their knowledge and experience in the world of medical devices will complement our extraordinary group of existing investors to support Saluda through its next phases of evolution.”

“With the new funding support we are able to open the next chapter of research into chronic pain, bringing us closer to commercializing a revolutionary treatment that promises to help many people,” continued Dr. Parker.

Biosciences Managers views Saluda’s neuromodulation device as a potential breakthrough technology in treating pain and other disorders. The organization places a high value on the technology, which is close to commercialization with potentially very large markets.

Prior to its spin-out Saluda received four years of research funding from NICTA. The company has also worked in close collaboration with the Pain Management Research Institute at the Royal North Shore Hospital in Sydney, and received a grant from the government of New South Wales Medical Device Fund.

Saluda is dedicated to improving the lives of people by providing personalized, responsive and efficient neuromodulation therapy. For more information about Saluda or to contact the company, visit http://www.saludamedical.com/. 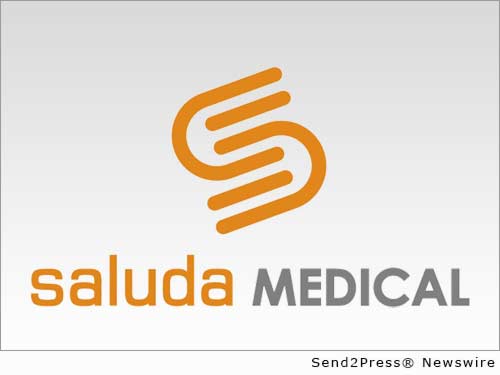 NEWS ARCHIVE NOTE: this archival news content, issued by the news source via Send2Press Newswire, was originally located in the Send2Press® 2004-2015 2.0 news platform and has been permanently converted/moved (and redirected) into our 3.0 platform. Also note the story “reads” counter (bottom of page) does not include any data prior to Oct. 30, 2016. This press release was originally published/issued: Fri, 20 Feb 2015 05:00:03 +0000

View More Business News
Saluda CEO John Parker commented: "We are delighted to welcome Biosciences Managers as a key shareholder. Their knowledge and experience in the world of medical devices will complement our extraordinary group of existing investors to support Saluda through its next phases of evolution."

ABOUT THE NEWS SOURCE:
Saluda Medical

LEGAL NOTICE AND TERMS OF USE: The content of the above press release was provided by the “news source” Saluda Medical or authorized agency, who is solely responsible for its accuracy. Send2Press® is the originating wire service for this story and content is Copr. © Saluda Medical with newswire version Copr. © 2015 Send2Press (a service of Neotrope). All trademarks acknowledged. Information is believed accurate, as provided by news source or authorized agency, however is not guaranteed, and you assume all risk for use of any information found herein/hereupon.